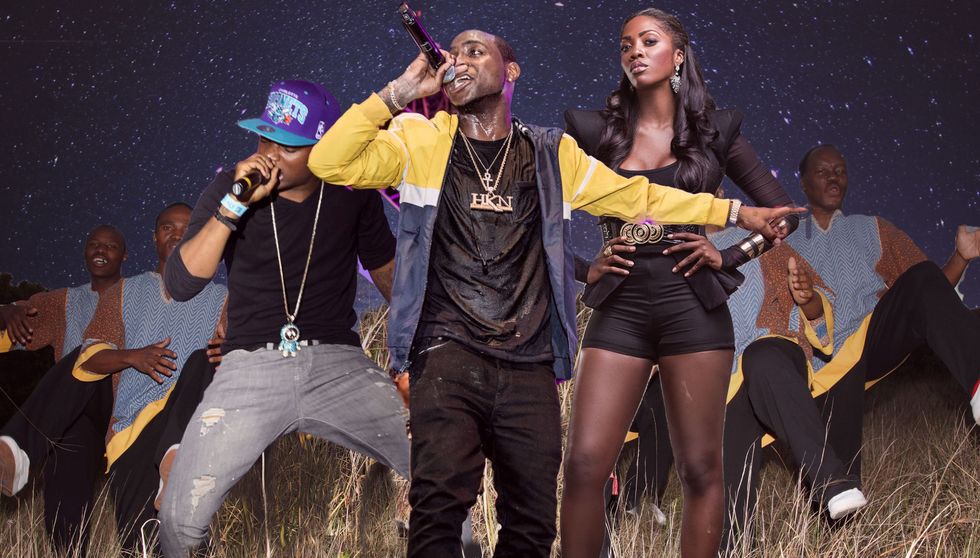 Afrobeats received no recognition at the Grammys this year. We need an explanation.

You mean to tell me that a musical genre, Afrobeats, can dominate an entire continent with over a billion people and still not get as much as a nod from the world’s most prestigious musical awards ceremony: the Grammys?

No really, who are these people? Then again I’m not surprised, it’s 2017 and we still use the misnomer “world music,” as a monolithic catch-all for any musical form that doesn’t hail from the United States or The U.K. Don’t get me wrong, kudos to Ladysmith Black Mambazo and Angelique Kidjofor holding Africa down over the past few years at the Grammys, but seriously, Wizkid had one of the most epic year’s of all time in 2016.

I’m willing to bet our family’s 200 year old jollof rice recipe that you couldn’t find an African between the ages of 15-44 that doesn’t know who Wizkid is or what his music sounds like and that’s a population of over 500 million people. “Wiz,” for those of us who really know him, has been the object of obsession by your favorite celebrities favorite celebrity for a few years now.

The MTV and BET Award winner had song Grammy Award winning singer Alicia Keyswinding her waist to his hit single “Ojuelegba” on Instagram along with the caption “This song makes me happy”.

“Starboy,” as he’s also known—before The Weeknd allegedly jacked the name—had one of the most talented women in the world, super thespian Kylie Jenner dancing to “Ojuelegba” in front of a vanity mirror.

Ok fine, you might say, well, Africa isn’t the only place with hundreds of millions of people who didn’t receive any, let alone significant recognition by the Grammys, what about India (1.2 billion people) or China (1.3 billion people). See, but here’s the difference, broad swaths of American society know who these African pop-stars are.

In 2016, we witnessed major label signings of artists like Davido and Wizkid to Sony, Tiwa Savage to Roc Nation, Ayo Jay to RCA, Patoranking to VP records as the first African dancehall artist to sign a distribution deal with VP, Burna Boy to Universal Records and so many more. With less than two months into 2017, we’ve already seen Tekno sign with Sony.

Clearly it’s taking The Grammys some time to catch to what the major labels already know. If the record and distribution deals mean nothing to you, then I’ll have you know that Drake featured Wizkid on one of his most successful hits to date in “One Dance,” a track many industry insiders say is a Wizkid song that Drake simply dubbed. One dance was number one in 15 countries, including the U.S, U.K., Canada and more.

It’s not all about Wizkid either, Ayo Jay had a Top 40 hit in “Your Number” on the radio, the track reached No. 19 on Billboard’s Hot R&B songs chart and has over 12 million streams on Spotify and more than 19 million views on YouTube)

Last summer a number of these African pop stars, including Wizkid, Davido and others graced the stage alongside the likes of Swizzbeatz and Jidenna, to a sold out audience at the Barclays Center for the One Africa Music Fest.

Look we all know the guys who vote for the grammys are probably a bunch of old farts who are stuck in an era where the record labels jerk artis, wait that’s still today, but they don’t need to fart on our parade. The Grammys aren’t the only institution guilty of not giving African pop stars their due, BET receive harsh criticisms in recent years for not giving African artists awards on stage with other artists. Fuse ODG, a Ghanaian artist based in the UK responsible for popularizing “Azonto” was quoted as saying, “Dear BET, the reason why I didn't come is because you give our awards backstage! You have no respect for our hard work and achievements.”

Dear @BET, the reason why I didn't come is because you give our awards backstage! You have no respect for our hard work and achievements

Dear Grammys, the least you could’ve done was have one of these artists grace the stage in a one of kind emerging artist performance.

The Grammys are simply saying that African music doesn’t count. “Music’s Greatest Night,” We won’t beg you, but we’ll certainly be putting you on notice.