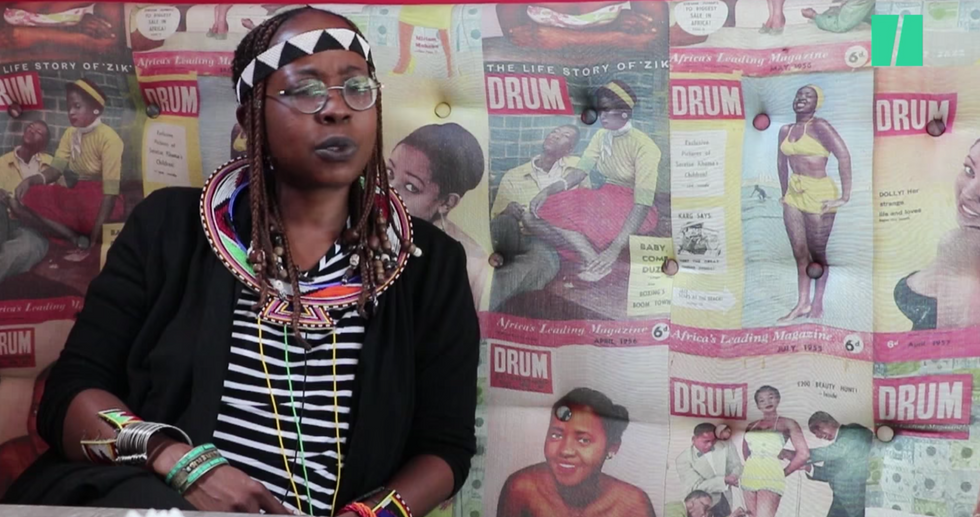 And, she doesn't need to.

South African poet and singer Ntsiki Mazwai is releasing a new album, The Masterpiece, this Friday.

The poet who is infamous for being outspoken and giving no shits about political correctness, recently sat down for an interview with HuffPost SA. She discussed what themes she will cover on her album.

Mazwai also indirectly explained why she will always express herself fully despite the criticism she faces on a daily basis.

"I think this is the best advice I ever got in my early 20s," she said, "One of my best guy friends was like, 'it makes me so sad when black girls or women lose their little-girl feistiness, the older they get.'"

She was referring to the visceral and pure manner in which young women express themselves. "'Cause when we're young, we like, argh, then we are taught to submit. So for me, I don't ever wanna lose my little-girl feistiness."

Speaking on people whose opinions of her are based on what others have said about the poet, she said, "I would encourage people to follow me directly on Twitter. Make your own opinion, make your own experience of me."

Ntsiki Mazwai is the ultimate example of not giving a fuck. We are existing in an environment that encourages a homogenous way of thinking, and whoever diverges from those norms gets stones thrown at them. Mazwai has never been bothered by what you think of her or her opinions, and she expresses herself the way she wants to.