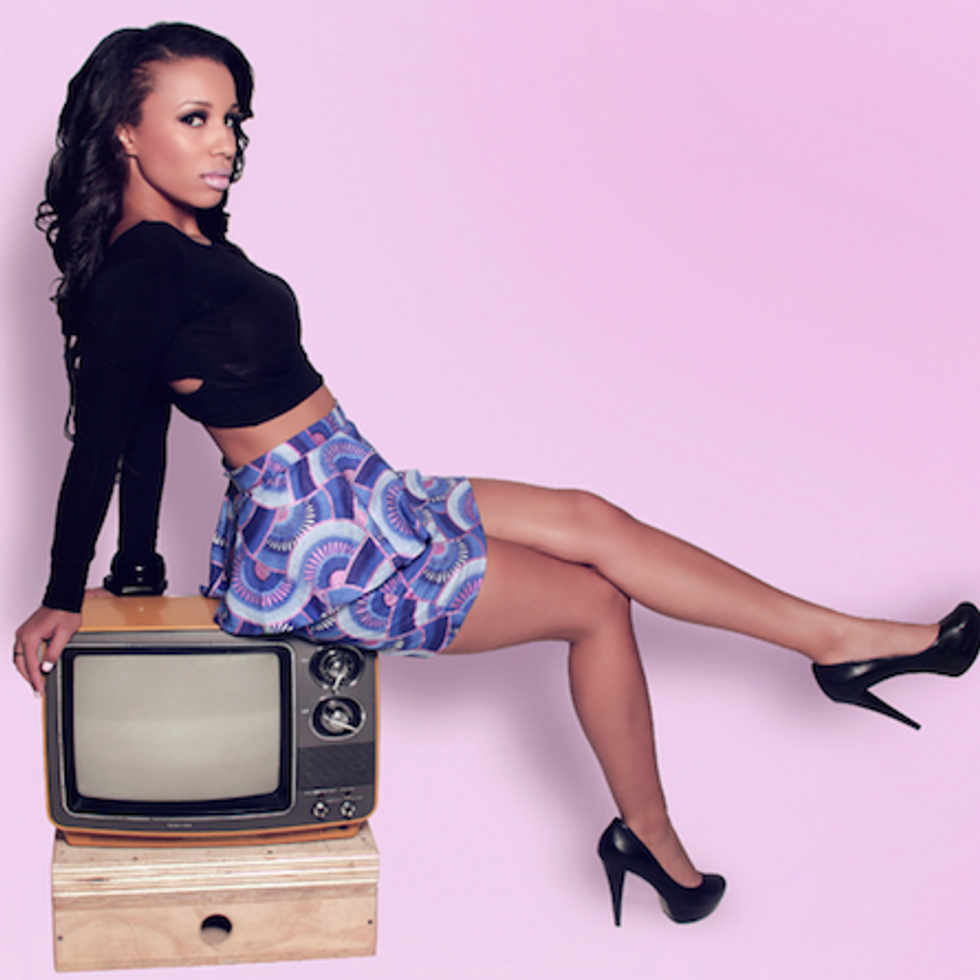 Founded in 2007 by Yvette Taï-Coquillay, Labo Ethnik was created as a way to promote both emerging and established designers from across the globe on the Parisian scene. This year the 8th edition of Labo Ethnik will also welcome interior designers, adding visual arts to the festival’s roster. In the run-up to this year’s installment, starting May 22, we’ll feature some of the designers that’ll be participating in the 2014 edition. Below, we talk with the designer of Canadian-based label NubiaNation, a brand that provides contemporary designs with 'Dutch wax prints' for men and women.

Nefissa: NubiaNation is a young Canadian-based company specialized in African prints & clothes for women and men. NubiaNation wants to incorporate beautiful African fabrics in modern and trendy items. We're trying to create a movement hence our slogan "join the nation," which would be to wear colorful fabrics in everyday life. My name is Nefissa and I'm from Canada, originally from Italy and Senegal. I've been raised in both cultures.

N: I started creating around 2012 when I came up with the idea of founding the company. [It] had been in my thoughts for quite some time but the realization of such a project seemed so farfetched until I graduated from a master's in business administration and entrepreneurship and could turn it into a tangible project.

N: I never studied fashion, I actually have a master's degree in law and in business administration, but I'm a total shopaholic and fashion addict so I kind of go with what I would wear and what shapes are trending this season.

OKA: Where do you seek inspiration?

N: I seek inspiration from the 1960s. I'm really obsessed with their clothes and the way women used to dress. High waisted and classy. Love the shapes.

OKA: How would you describe NubiaNation's signature in one sentence?

N: The fact that we're not high fashion [and] try to target the girl next door, our marketing pictures girls from every ethnicity and every shape, kind of a United Colors of Benetton concept. I think our customers think it's fun and identify themselves with the brand because they can mirror themselves in one of our girls.

OKA: How are you bringing something new to the table?

N: We're trying to bring something more than the traditional, modern blend. We want to send a message and give African fabric the recognition it deserves. We want to be seen as an African brand, we'd like for everyone to look at the brand and our creations and "join the nation." Our goal and dream would be to open stores, which we're working on.

N: I'd say the arrangement of colors. I don't care what you wear as long as the colors are coordinated. Everybody has their own style. Like I said, I'm more of a classic, 60s, dress-up at all times, overdressed kind of person [laughs]. That's my style, [but] it doesn't mean that if someone doesn't rock it they're not stylish. It just what works better for me and my personality.

N:Akon because he's from my country and I like his vibe!

OKA:What do you think of the term 'African fashion'? Would you associate your brand to this term?

N: I would like my brand to be associated with it but only it! Like I explained, I don't want to be an African brand only. It's important and crucial to me to be recognized as a brand, before being an African brand, because of my mixed background. I want the brand to reflect that mix.

OKA: What does it represent for you to be part of the Labo Ethnik's 8th edition?

N: I 'm so excited to be part of that adventure. It's our first fashion weekend, and in Paris! [I'm] very excited to meet other designers and benefit from the experience and, hopefully, be part of it yearly.

OKA: What do you expect to happen from this event?

N: Hopefully partnerships, we have several contracts with stores here in Canada to sell our brand so we'd like to penetrate the European market like that. Also advertising, blogs, and magazine interviews for more visibility.

N: Our first interview for a webzine!