Obama To Kenyans: Behave During Elections! (Or Else) 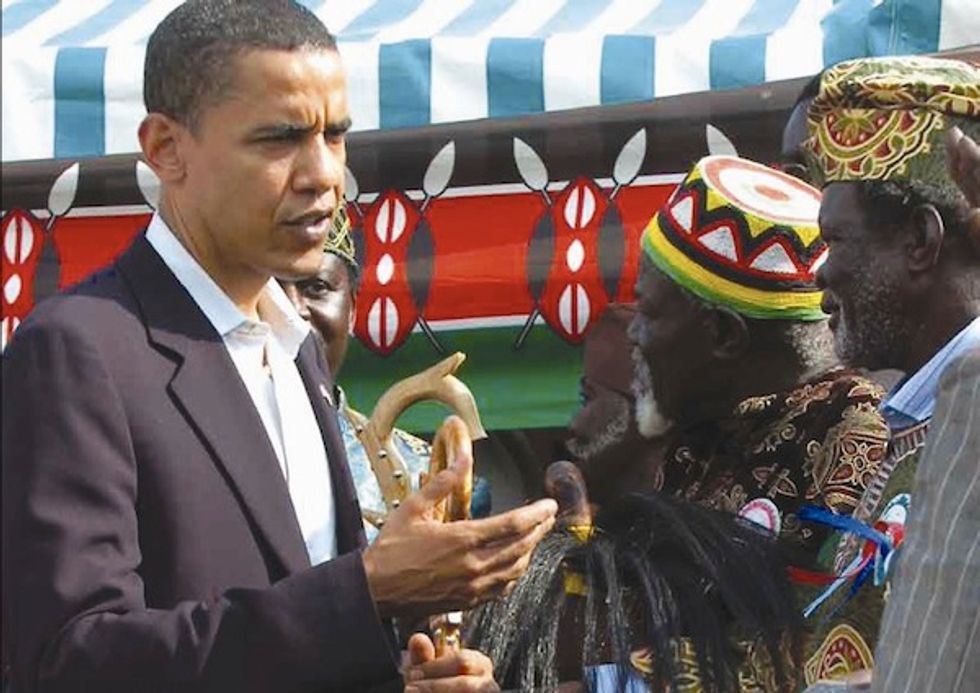 Ahead of the Kenyan elections, President Obama recorded a video message for Kenyans urging them to behave

In advance of the rapidly approaching Kenyan election, President Obama has recorded a video addressing Kenyan voters. Obama spent a few seconds in rheumy-eyed reminiscence of good times in Nairobi before getting into the meat of his message: come March 4th, Kenya, do not take it to the streets. Kenyans should forgo the pre and post-election violence of 2007, and put their faith in the rule of law to settle disputes. Obama's statement has been welcomed by current PM Raila Odinga, and presidential candidate Uhuru Kenyatta.

As ever when the U.S. starts addressing 'developing nations', the issue is paternalism. Rather than an equal "brother", the President comes across as a patronising uncle with a proclivity for yelling high-pitched Swahili greetings and patting lil'uns on the head. The speech settles into its infantalising groove around the .50 second mark when Obama kicks off with the three things "Kenyans must" do, before informing voters that "This election can be another milestone towards a truly democratic Kenya", the word "milestone" recalling the language of baby books. Sitting flanked by the stars and stripes, Obama (and the U.S.) are presumably at the end of the "path to progress" down which Kenya is plodding like the proverbial tortoise. "Come on slowpoke," the U.S. beckons, "do this one right, and you can join the big boys."

The underlying assumption is not only that Obama knows what a "truly democratic" nation looks like, but that America is that nation, and African countries (always on African-time) must scramble their way towards an already established ideal. Even ignoring the U.S's recent sketchy election, the taint of big money makes the idea of the U.S. as a 'perfected democracy' hard to swallow. In the UK (another nation prone to thinking the sun shines out its arse), the Leveson report revealed massive corruption and a tight-knit ruling elite. And while we're talking nepotism and vested power, America's tolerance (and even affection) for its political dynasties (the Bushes; the Kennedy's etc.) is plain weird.

The point? African countries are not slowly maturing from 'childhood' into 'adulthood', but rapidly shifting and changing just like every nation on earth. It's time to put to bed that tired linear logic in which Africans are told to step out of savagery (fighting at election-time) and into civilization (quietly accepting big money and nepotism as politics as usual). And maybe Obama should have acknowledged the incentive for the U.S. to stay in cahoots with whichever candidate is eventually elected: the war Kenya is waging against Al Shabaab in northern Somalia.

Alas, the "path to progress" is lined with speeches like these: