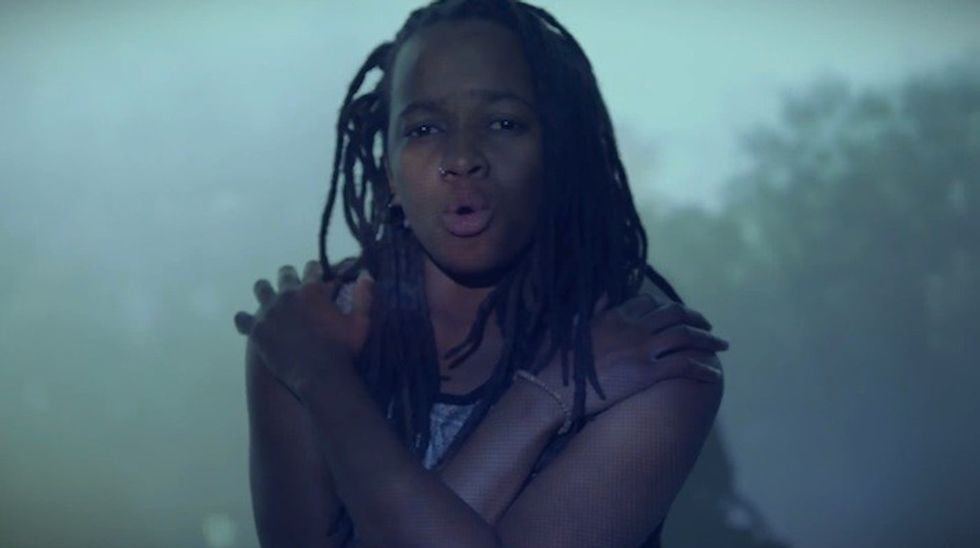 Eastern Cape-raised, Cape Town-based 'future soul' artist OBie Mavuso made her stunning music video debut back in November 2014. But at just over 1,000 views, the doomed love story clip for "Blessings Come, Blessings Go" has been largely slept on– and almost flew under our radar too. Luckily, OBie recently got in touch and put us on to her classic boom-bap lullaby. OBie, a 24-year-old filmmaker/musician who calls herself a "hip-hop soul singer," came up with the concept for the track's visuals and enlisted a team of City Varsity friends to help shoot it. "The song was inspired by a woman I was dating at the time," she told Okayafrica. "The video tells the story visually. There is a lot of imagery that describes the state of the relationship before it dies down, such as the rose which signifies passion, and blood which signifies death or danger. My love dies in the end, and that signifies the death of our relationship." OBie also tells us she recorded a few tracks last year, which she'll be releasing later on in 2015. Until then, watch "Blessings Come, Blessings Go" below. Follow OBie Mavuso on Twitter, Facebook, SoundCloud, and Tumblr.