OkayAfrica and CRWN Team Up For 'Vibes Galore,' a Day Party Celebrating #BlackGirlMagic

Come out on July 21 to celebrate, with performances by OWO and VanJess.

OkayAfrica and CRWN Magazine have teamed up to bring you "Vibes Galore," a day party dedicated to celebrating black women in all our glory.

"Vibes Galore" will feature musical performances from the talented sister duo VanJess and the ever-soulful OWO. Tunes will be spun by DJs Sodapop, Reborn and AQ, and of course, the vibes—and drinks—will be flowing all day long.

It's all happening at the Elsewhere Rooftop in Brooklyn on Saturday, July 21 from 3-11 PM. Entry is 21 and up. You can purchase ticket here.

Trust us, you don't want to miss out on all the #BlackGirlMagic that's about to go down! 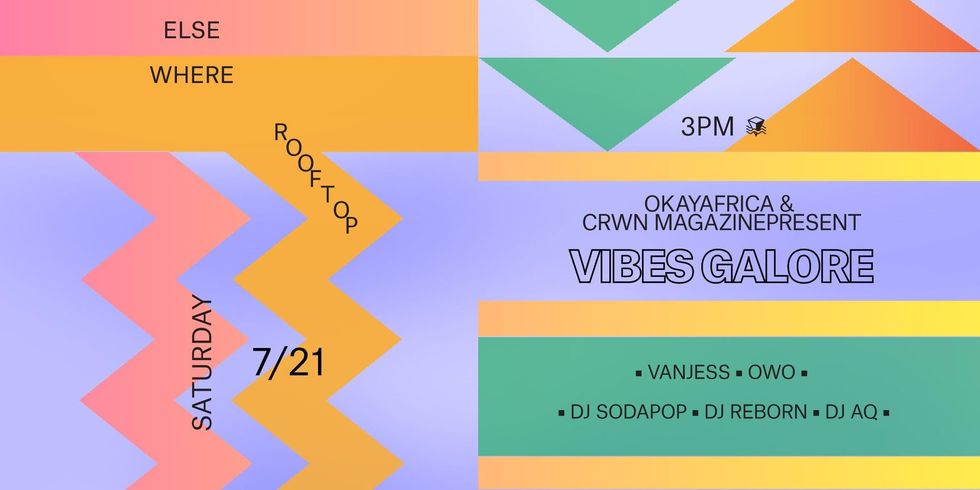 Video: This Poem Celebrates the Undying Magic of the Black Woman

Back in March, we stumbled on Ghanaian-American poet Cynthia Amoah's powerful poem that encouraged black girls to love the skin they're in.

We had to connect with the wordsmith, where she delivered another strong prose that celebrates the undying magic, resilience, and wonder of the black woman.

Listen and watch The Undying below.

September is Albino Awareness Month in South Africa, and doll maker Mala Bryan is harnessing the power of dolls to to address the persecution of people with albinism.

Beyond the now famous “doll test” which used dolls to prove a cultural bias toward to lighter skin, dolls are being used in a new way to help people move toward a more inclusive worldview.

Albinism is a genetic condition which causes a “lack of pigment that normally would give a certain color to the skin, hair, and eyes.”

Bryan started her collection of black and brown dolls, called Malaville, in 2015, with the goal of “inspiring creative imagination.” Her dolls’ complexions range from the honey sun kissed tone all the way to the rich midnight complexion made popular by model, Nyakim Gatwech, nicknamed Queen of the Dark.

"There is so much that is going on in the world when it comes to people with albinism and it is now time for those who don’t know to get to know,” Bryan says in an interview with Huffington Post.

Even though people with albinism are only different in the way of appearance, they have been victimized by numerous abuses across the continent. Last year, a teenager in South Africa, was convicted of murdering his albino girlfriend in order to sell her body parts. The case came to light after her body was found in a shallow grave.

Alexa will hopefully be used to help garner compassion for people with albinism, proving once and for all that black is beautiful in all shades.