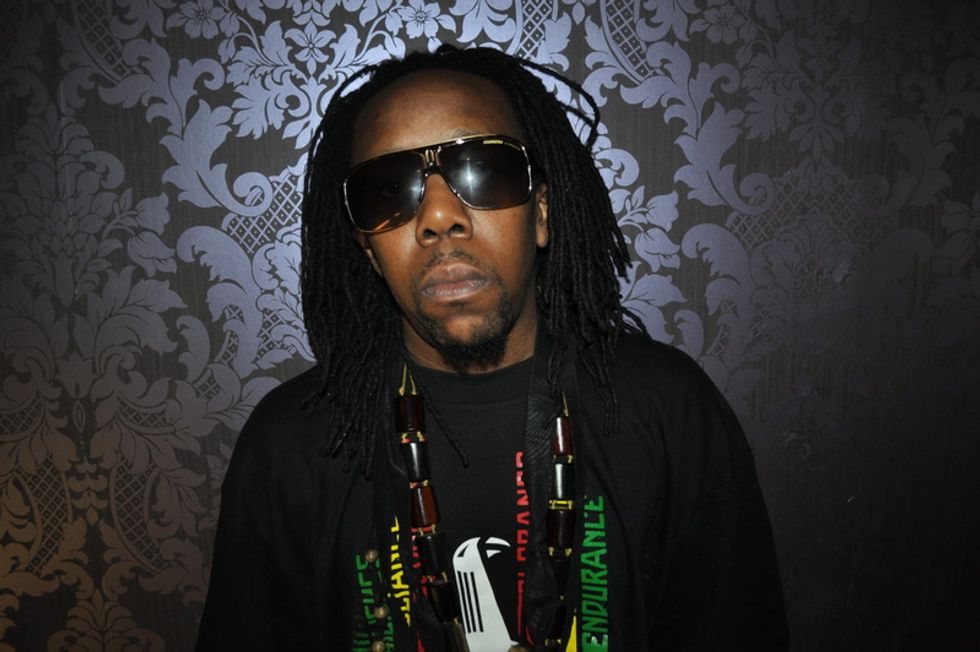 We caught up with Tendai "Baba" Maraire from Shabazz Palaces to talk about modern fusions in African music, and Zimbabwe's life-president Robert Mugabe.

We recently caught up with Shabazz Palaces' multi-instrumentalist half Tendai "Baba" Maraire before his show at Brooklyn Bowl. Amid a booming sound check, we chatted with Tendai about growing up with his ethnomusicologist father's African music and got his take on the modern fusions created by African musicians who grew up with Western music bumping on the radio and traditional tunes playing at home. Tendai also let us know what he'll do when Zimbabwean life-president Robert Mugabe passes away.

Maraire is making influential connects outside of his Shabazz duo — catch him on THEESatisfaction's awE naturalE LP, as well as at an upcoming live show with remix master King Britt in Johannesburg, South Africa. Buy his latest solo album, Wona Baba Marairehere.