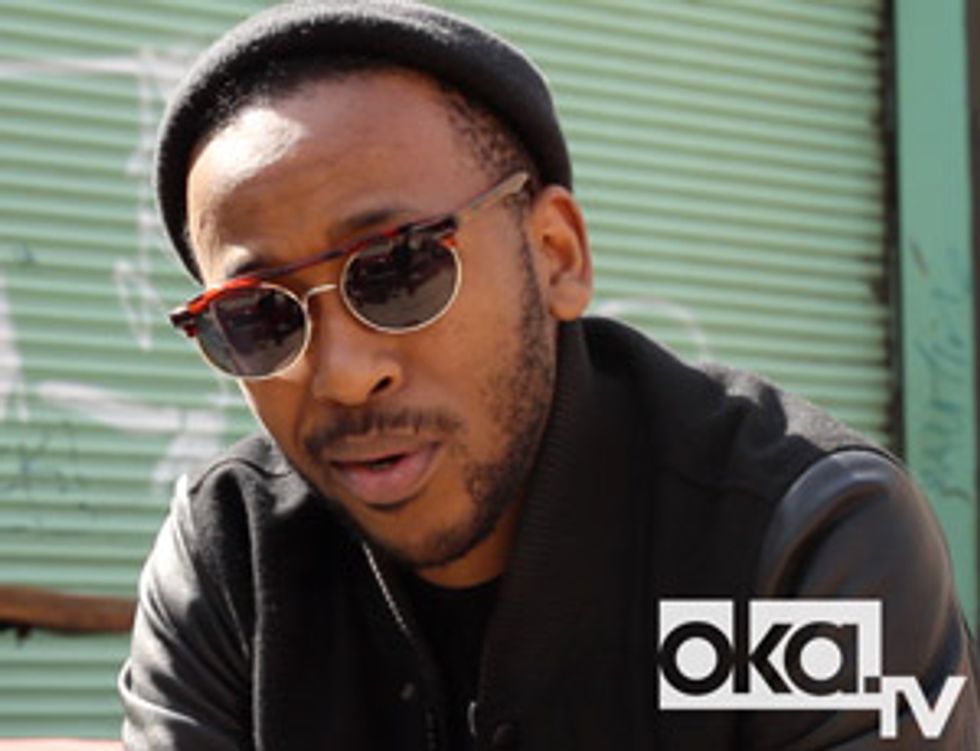 Afro-futurist singer/rapper/producer Spoek Mathambo is South Africa’s music equivalent of the mad scientist. The 26-year-old maverick’s sound, a colourful collage of genres and influences from grunge, dubstep to kwaito, has been described as “township tech.” His unique blend of music has earned him both critical acclaim and loyal audiences from the continent and across the Atlantic. The former med student spoke to Okayafrica TV in sunny Brooklyn yesterday about his second full length project, Father Creeper (Sub Pop), due for release today. Mathambo tells us about the Xhosa roots of his cover art, the remaking of "Let Them Talk," and the organic development of his sound. The Father Creeper launch party is March 22, 2012 in NYC (details to come), buy the album here.