Okayafrica TV: Tinariwen And The Fight For Freedom 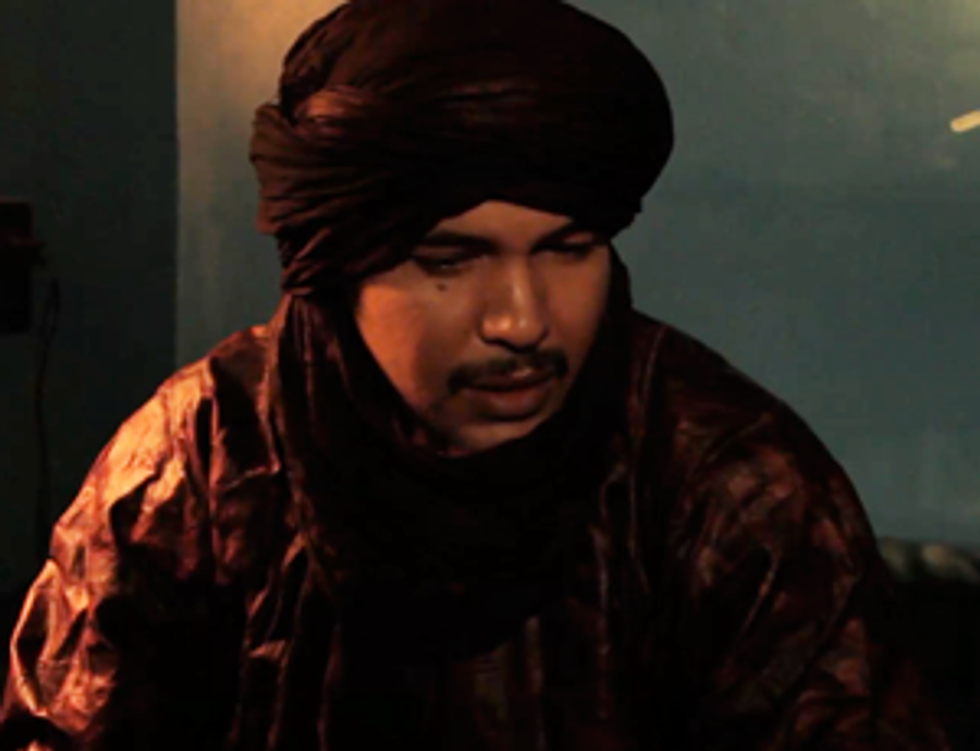 Note: The situation in Mali, to put it colloquially, is a mess. To be real: the depth and complexity of the conflict supersedes our ability to summarize it with the nuance it deserves. Below is our humble attempt, but for a clear and thoughtful explanation of the issues, check out Gregory Mann's piece in Foreign Policy.

A military coup last month, led by mid-level army officers, interrupted what would have been regularly scheduled, democratic presidential elections; the president at the time of the coup,  Amadou Toumani Touré, was stepping down on April 29, 2012, barely a month away.  The military junta, which now calls itself the National Committee for the Restoration of Democracy and State (CNRDR),  was unhappy with the sitting presidentbecause of mismanaging the 2012 Tuareg Rebellion  - a continuation of a conflict dating back to 1916 between the Tuareg people and the Malian government - which led to demoralizing military defeats in the North of Mali.

Ironically however, the destabilization caused by the coup allowed for several rebel factions to take over parts of northern Mali, an area that has now been declared by the rebels as the sovereign state of Azawad (although this hasn't been recognized by the international community). Whether or not a Tuareg free-state in the north is good or bad, the fear is that the general unrest has helped radical Islamist groups, such as Ansar Dine, establish a foothold in Mali. The coup lasted only three weeks because economic sanctions on Mali by ECOWAS (Economic Community of West African States) forced the reigning military to secede power to an interim government. However, the coup damage has been done, and for the time being Mali has been split into two parts.

Following the coup d'etat in Mali, the well-known Tuareg band Tinariwen publicly voiced their support in favor of the uprising in the North. Tinariwen bassist Eyadou Ag Leche's comments to Belgian public broadcaster VRT supporting the drive for a Tuareg state in Northern Mali, a reflection what he told Okayafrica TV a few months back, just after  Muammar Gaddafi was killed in Libya. Leche expresses an "appreciation" for Gaddafi and all that he provided for the nomadic Tuaregs during periods of drought for example, but admits that Tuaregs didn't have full knowledge of Gaddafi's brutal dictatorship in Libya. Above, Ag Leche explains a side of the conflict not often represented in Western media.