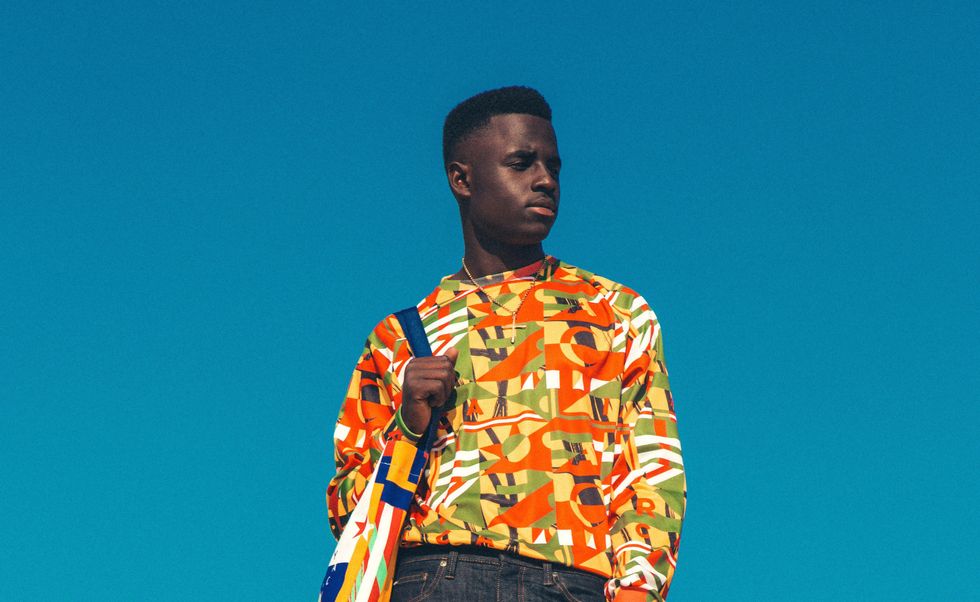 RSVP to the official opening of the Okayafrica x Daniel Ting Chong collection at our pop-up store in Johannesburg.

This Thursday, Okayafrica will host the official opening of our artist collaboration with renowned South African designer Daniel Ting Chong. The collection, which features a series of multicoloured graphics on t-shirts, a crew neck sweater and a headscarf, draws its inspiration from various national African flags.

“National flags are often used as a beacon of hope, and a symbol of what a country stands for. A flag as a visual representation of its people–and to distinguish it from other nations. By having the same flag, Africa can have a common symbol to bring us closer together–at home or abroad,” says Daniel.

The collection is available exclusively at Okayafrica’s pop-up space at 70 Juta Street in Braamfontein, Johannesburg between the 29th of September and the 8th of October.

Join us Thursday, from 6pm-8pm, for complimentary drinks and an exclusive first look at the collection.

RSVP to the official opening of the Okayafrica x Daniel Ting Chong Collection at our pop-up store in Braamfontein, Johannesburg.