On Behalf of My Unborn Son: Thank You African Male Artists 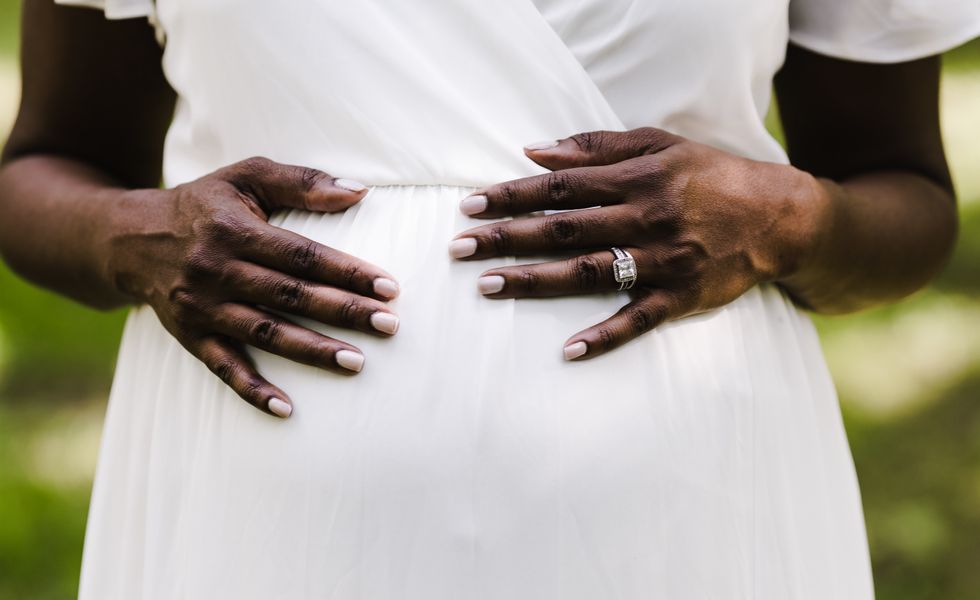 African men's openness towards exploring different kinds of masculinity gives me hope for the future.

First things first: I'm not pregnant. But, like many people, I contemplate the world I'll be bringing my children into whenever they so choose to arrive. I don't know who or what their father will be. Ghanaian-Swedish? Haitian-Italian? American – who knows? What I do know for certain is that any son I have will be, at least, half black.

I've long struggled with the seeming paradox of the black imagination. One the one hand, our creative conscious imagines entire lifestyles into existence. We create global trends in fashion, music, dance, language, poetry and literature. Our minds are ground zero for creating entire cultures. But when it comes to ourselves, we seem to be unable to imagine being seen as whole human beings. I feel like even in our imaginations we don't dare to imagine ourselves truly respected and truly free because that freedom might threaten others. It's a problem I have in myself, it's a problem I'm not proud of.

So when I imagine the world my son will enter, I'm hesitant about bringing a son into a world that won't make room for the multitudes he will contain—that all of us contain. I worry that he won't know that he can be all the things he needs to be and be black.

I worry that he'll be afraid to be all of the things he'll discover he is. I worry he'll feel he has to parse himself and hide his truth in order to be palatable.

For a long time, I found solace in the existence of Prince—a black male who took no effort to explain himself to the world because the world "getting him" was not his concern. His concern was his craft and being true to himself. But then we lost Prince, and with that I lost my solace. I lost someone I could point to as an example.

Then one day, on a YouTube binge, I found it again. I started to noticed a pattern. Male African artists are filling that void. They are projecting their multitudes. And I am here to applaud it.

"These modern African artists are taking their personal dimensions—mental health, depression, the psychological effects of colonialism—and projecting them boldly, calmly and beautifully. "

By this I don't mean to exclude female artists, as they are a source of an incredible amount of strength. But I feel that nuanced female figures are easier to come across and have long shown the many facets of their personhood (whether the world chooses to acknowledge that is a whole different essay). I don't feel the same trepidation when I think about my unborn daughter. Perhaps because I, too, am a black woman and I, too, had to learn what that meant, I'm not worried about lacking tools to teach her that there are many ways of becoming. For this reason, I'm putting the ladies aside. This letter is for the men.

African male artists are the vanguard for what I call a "redefinition of male elegance." A new aesthetic and culture promoting the nuances of personhood—of manhood. An embrace of a new sense of style, an acknowledgment and celebration of depth in emotion, an exercise in vulnerability and honesty without compromising strength.

There's a feeling coming from all crevices of the continent that has a sort of forceful grace. It is an ease and pride in people being so incredibly and completely themselves. These type of artists can be found elsewhere (Frank Ocean, Benjamin Clementine and Yasiin Bey come to mind) but the concentration of those coming from the continent is impressive. Acts like Petite Noir, Kwaye, Alexandre Francisco Diaphra,Imraan Christianand so many others. For them, I am incredibly thankful.

Why? These artists are framing the conversation around what the modern male looks like and demonstrating how elegance and grace are not antonyms to masculinity. Their work hints at vulnerabilities that open up a conversation instead of promoting internal struggle.

In an era when the phrase "toxic masculinity," can be casually overheard, this is not a trivial thing. Public discourse about perceived weaknesses attacks larger issues—both personally and socially. Half the species suppressing itself is not good for the species as a whole. Through good and honest art we find throughways in which we can tackle topics like mental health. Strong art and bold artists open up that doorway because they challenge monolithic ideas. By artists presenting work that reflect their own emotional range and experiences, we begin to enter ways to discuss depression, mania, anxiety and myriad mental states in a much more approachable setting.

Often, this helps people to realize that some problems aren't problems as much as diagnoses or different ways of thinking and being. These problems can be overcome, re-positioned and lived with. Art can lead to people realizing that they are not an anomaly in the world, that others share in their pain and they have a tribe. It exposes discussing mental health and seeking help or a diagnosis as an intelligent and practical step as opposed to a taboo.

When that opportunity doesn't exist and people cannot see various aspects of themselves and their being reflected or embraced by society, they feel ashamed simply for being themselves. Shame is a powerful feeling and it tends to bury itself deep within us and fester—eventually morphing into another type of sickness and yet another source of shame.

If I bring it back to Prince, part of his greatness was the way he made his complexity a non-issue. People inquired about his sexuality, about his feelings on race and gender roles, sure. But he seldom answered questions about his personal life in ways that the public found satisfactory—preferring to be an enigma and let the music speak for itself.

This was effective, but it was effective for him and the ambiguity may have been necessary for the time. By contrast, these modern African artists are taking their personal dimensions—mental health, depression, the psychological effects of colonialism—and projecting them boldly, calmly and beautifully. They are reckoning with dualities and multitudes and the "unsavory" aspects of human beings publicly and poetically. That becomes contagious. It turns the public sphere into a safer place. In my own circles, I see men becoming more comfortable with themselves and who they are in ways their fathers never could.

So, to all those artists, I thank you. I thank you because graceful men are not threatened by strong women. I thank you for doing your best to embody the wholeness that tends to escape the black imagination. Thank you for leading this charge by doing and being yourselves and translating that into your many artistic mediums. Thank you for always making it look and sound and feel so damn good.

So, once again, I thank you.