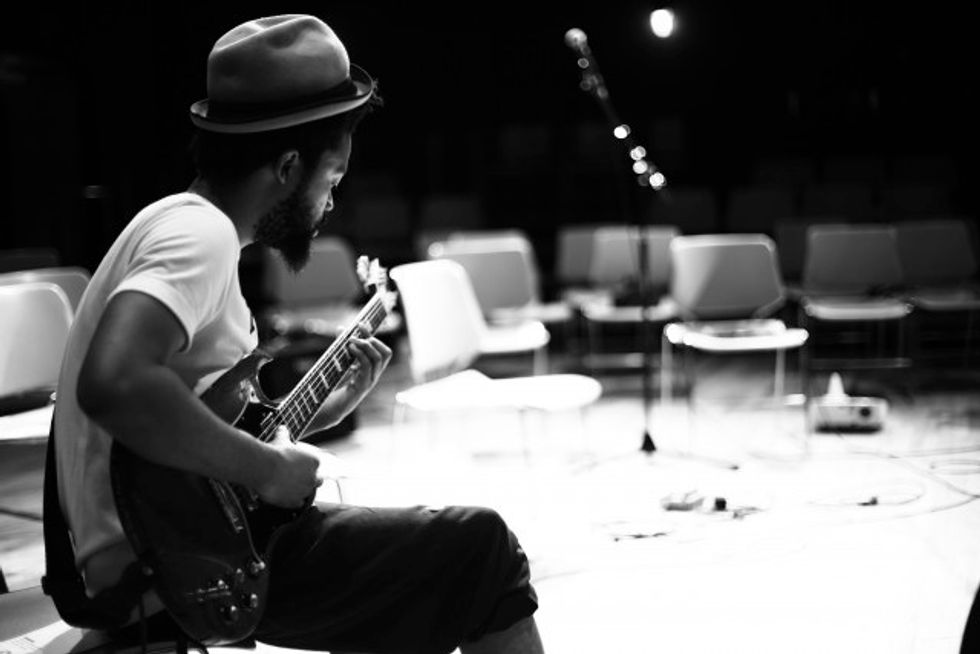 Last year,  Just A Band‘s Blinky Bill and BLK JKS‘ Mpumi Mcata took part in OneBeat, a one-month residency program that brings musicians from across the globe to the U.S. to collaborate, produce and perform original tracks. The fruits of those collaborations are now seeing the light of day in the 11-track OneBeat 2013 Mixtape, which offers a blend of folk songs, synthpop, experimental hip hop, and funk. "Each song is the product of the collaborations that began during the program in September '13, while many of the musical partnerships were continued — often via the internet — after the program concluded," OneBeat mentions. Mpumi, who previously wrote on the potential of the project as a catalyst for cross-cultural dialogue, adds dark waves of guitar to the airy "Vojak," while Blinky Bill features in "Counting Song" and "Raindrop," a cloudy electronic collaboration with Russian producer Mitya Burmistrov and Malabika. Blinky Bill told us back in March to expect more collaborations with Mitya and a video for "Raindrop" soon. Stream those tracks and the rest below in OneBeat 2013 Mixtape.