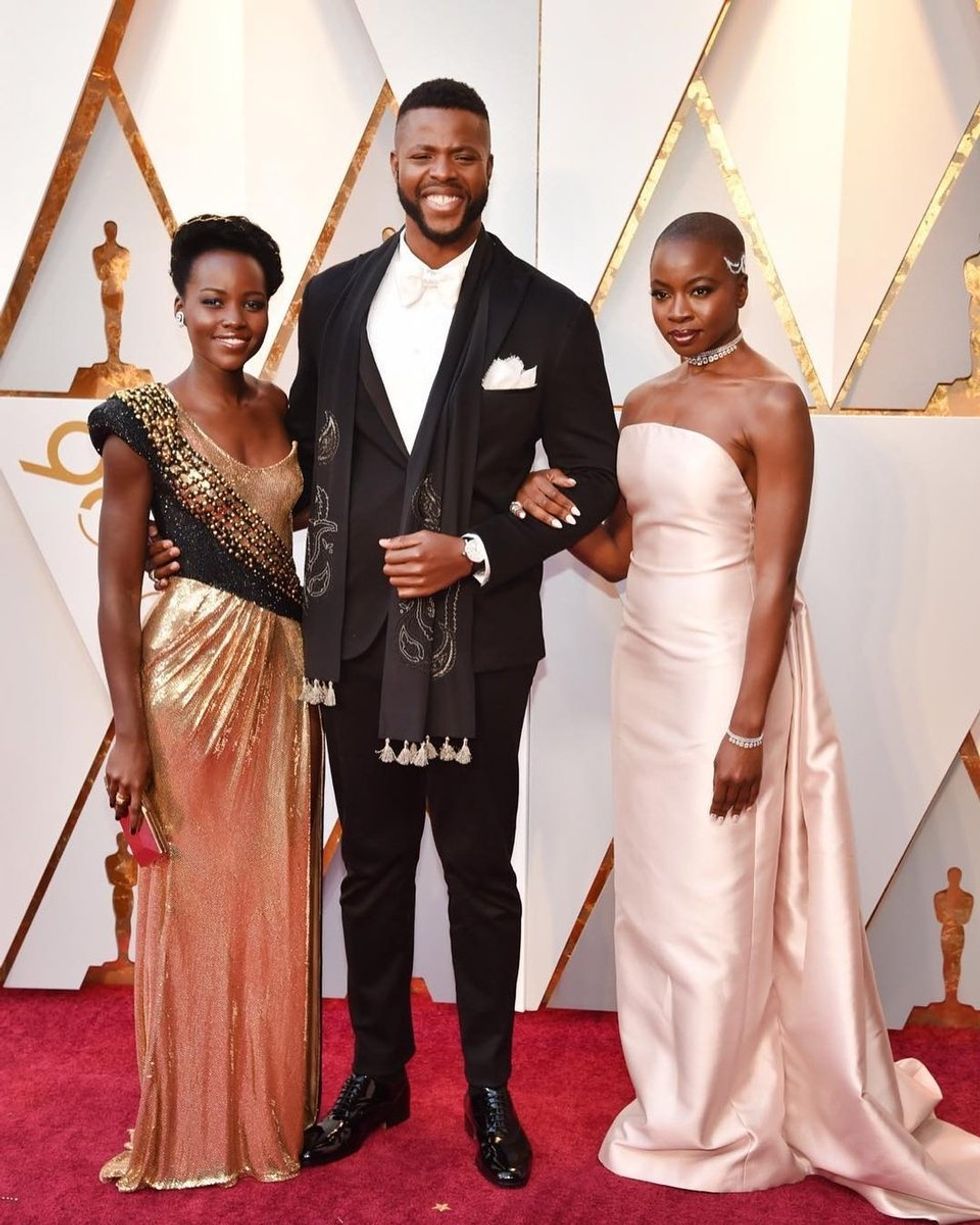 The 90th annual Oscars commenced last night in Los Angeles, and as usual, it brought out some of the biggest names in Hollywood.

While the show itself was largely uneventful—and still white—the red carpet was brimming with beauty—largely due to the presence of Black Panther's stunning cast, and some of out other favorites including Tiffany Haddish, Viola Davis, Mahershala Ali, and more.

One of the night's major highlights of the night was Jordan Peele's well-deserved win for Best Original Screenplay for Get Out. He is the first African-American to win the award.

While Daniel Kaluuya didn't take home the Oscar for Best Actor, as we had hoped, it's clear that the star doesn't need an award to validate his talent. He looked crisp as ever in this camel suit jacket.

We still must know what this conversation was about.

How insanely regal do Nakia, Okoye and M'Baku look? This is a lot to take in.

Lupita Nyong'o also rocked a standout hairdo, inspired by the Amasunzu hairstyles of Rwanda. Check it out below.

Can we talk about our king though? Chadwick Boseman looked stylish as ever in this ensemble. The man can dress, ok.

Check out some of the other stellar looks from the night, including Tiffany Haddish who paid homage to her late father by rocking traditional Eritrean garb, read more about her stunning look here.

I just LOVE that @TiffanyHaddish is paying homage to her late, Eritrean dad, who made her promise that if she ever… https://t.co/nHUr7krLyp
— Awesomely Luvvie (@Awesomely Luvvie) 1520210741.0

Check out some more of our favorite looks below.