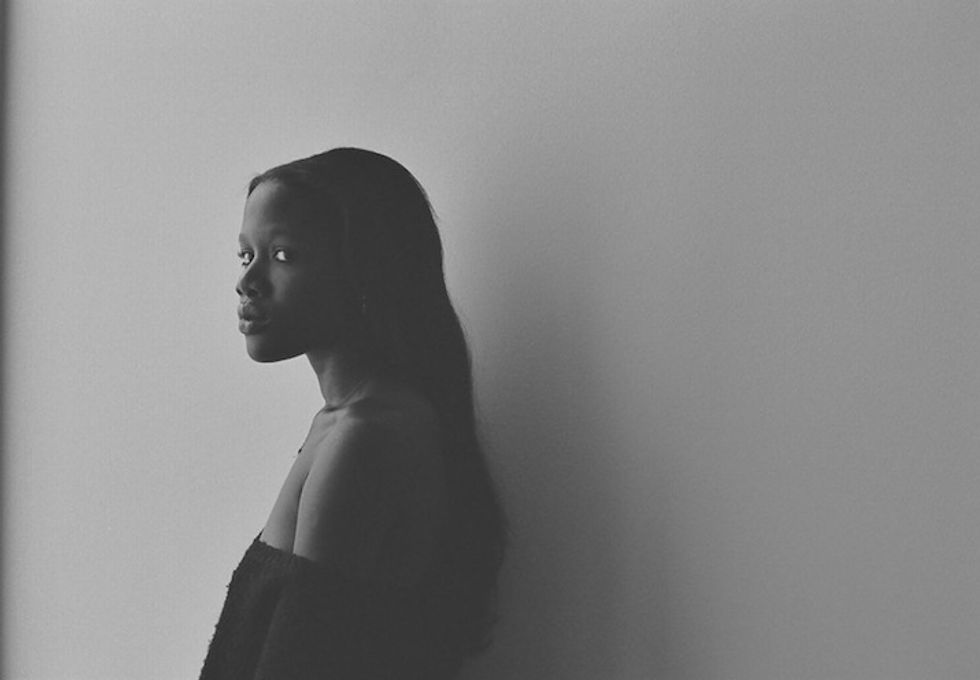 Born to Nigerian parents and raised in London, singer/songwriter/producer Oyinda recently graduated from the esteemed Berklee College of Music. Since then, the unsigned 22-year-old has released three striking tracks. The latest, "The Devil's Gonna Keep Me," a dark sky of dour piano presses, soaring strings and thick drums, elegantly shows Oyinda's love of storytelling, impressively combining the thematic complexity of fiction and concision of poetry. Seemingly a portrait of emotional reckoning and eternal doom, the song is frightening, yet also thrilling. Like a great dramatist, Oyinda wisely avoids telling her listener everything, opting rather for interpretation. While it's not exactly clear why her character is in the devil's grasp and why "the time has now come," one almost helplessly feels for this tragic heroine.

The grimness of "The Devil's Gonna Keep Me" isn't in Oyinda's other singles, "Rush of You" and "What Still Remains," but they're still intriguing. The former, a darkened maze of rapid drums and screeching guitars, ends with Oyinda repeating "I'll do all I can," the poignant height of a song that sensitively and passionately deals with relationships. "What Still Remains," similarly, is a drum-stuttered, string-guided tour of lost love's remnants that is more elegy than tragedy, its speaker reflecting on rather than succumbing to past heartache.

In recent months Oyinda has introduced herself as a musician who gives sound to life's inherent darkness while eking out light in the process. Listen to her three singles below. "The Devil's Gonna Keep Me" is available now on iTunes and for streaming on Spotify. Follow Oyinda on facebook and twitter and catch her during CMJ in NYC at the Paper Box in Brooklyn, Thursday, October 23rd (find out the details here).