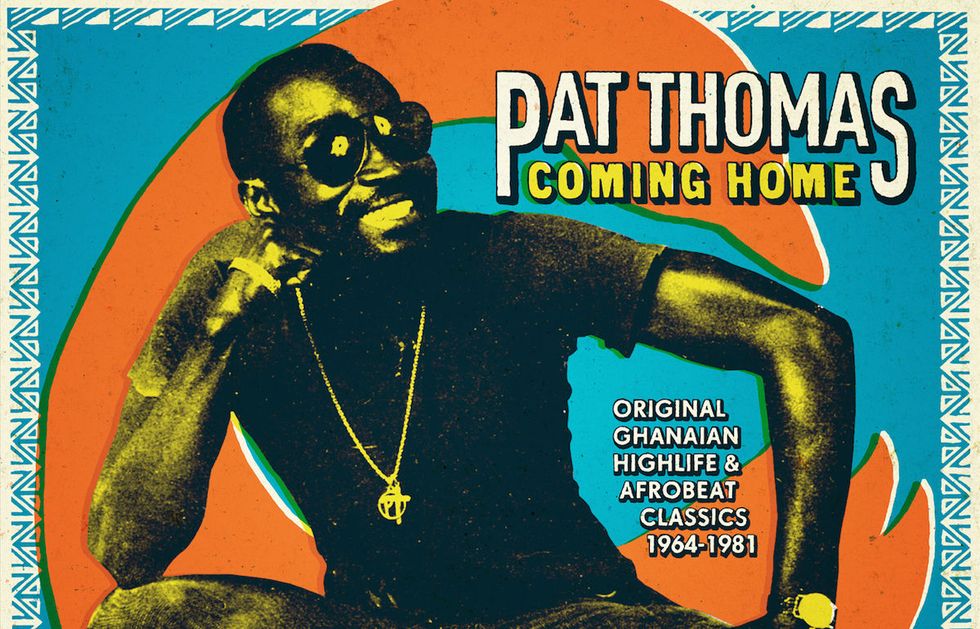 At 65 years-old, Pat Thomas is a highlife legend.

Now, Strut Records is compiling Coming Home, a career-long retrospectives of the Ghanaian singer’s highlife and afrobeat classics. It spans from Thomas’ 1960s big band recordings to his contributions to Berlin’s “buger highlife” scene of the ‘80s.

Known as “The Golden Voice of Africa,” Thomas started building his reputation as a vocalist and songwriter early in his teenage years under the mentorship of his uncle, King Onyina—a guitarist well-known for his own work and collaborations with Nat King Cole.

His break came in 1967 when he forged a partnership with another highlife legend, Ebo Taylor.

Thomas’ first solo record, False Lover (1974), further established the vocalist across Ghana and made him a radio favorite.

“The album, False Lover, was the first under my own name and my first for Gapophone,” Thomas mentions. “Reggae was 'on' at that time—JimmyCliff was the guy—so I tried reggae fusions and brought in some soul.”

In the late ‘70s, he moved to Berlin, where he stuck to his Ghanaian roots and helped spark the “burger highlife” movement.

“In Ghana, people ex-pats living in Germany called themselves ‘burgers,’ so the scene became ‘burger highlife.’”

After Berlin, Thomas had stints Togo and London, before settling in Canada. “I ended up there for ten years playing for universities, Ghanaian societies and festivals,” he says.

The vocalist has since been touring and playing the album with Kwashibu Area band across the globe.

“Today, highlife has become the world's music and I am proud to still bring it to so many people,” Thomas mentions.

Stream our premiere of Pat Thomas’ Coming Home: Original Ghanaian Highlife & Afrobeat Classics 1967-1981 above and pre-order a copy of the compilation, due Sept. 30.