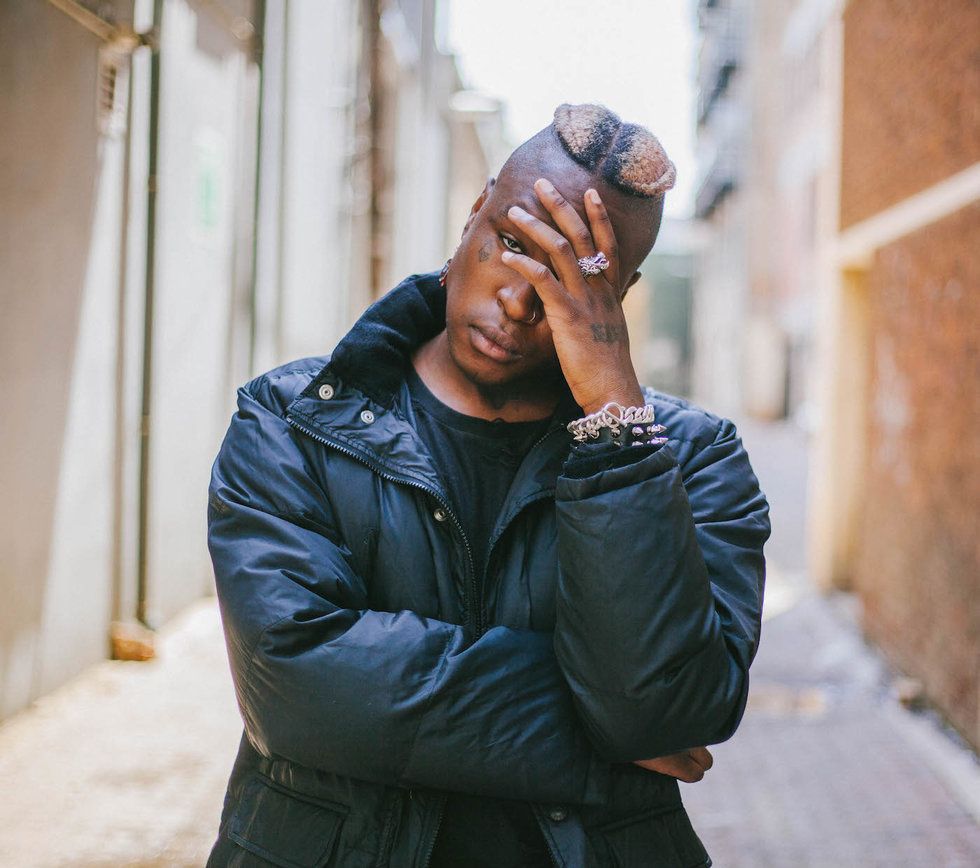 South African rapper PatricKxxLee's latest music video for "RUN" was filmed in the streets of Hong Kong. Rocking an A Bathing Ape crewneck top, the rapper performs his multi-patterned raps while various graphical effects literally add color to the video.

The video is dreamy, changing backgrounds to create a an other worldly atmosphere. If you are familiar with PatricKxxLee's music, this video will make sense, as it reflects the beautiful chaos that is his life as depicted by his music.

"RUN" is a 2017 single by the rapper. In it, he displays his understanding of flows, pockets and rhyme patterns, as he uses varying rhyme schemes in each of the song's verses.

"RUN" is light-hearted compared to the songs in his latest album, 2018's Nowhere Child, in which the rapper details his internal battles. "RUN" is drenched in egomania and sees him spit battle-ready raps over bouncy trap production.

Watch the music video for "RUN" below, and stream the song underneath. Revisit our interview with PatricKxxLee about Nowhere Child from earlier this year, here.