Petite Noir Is the King of Noirwave 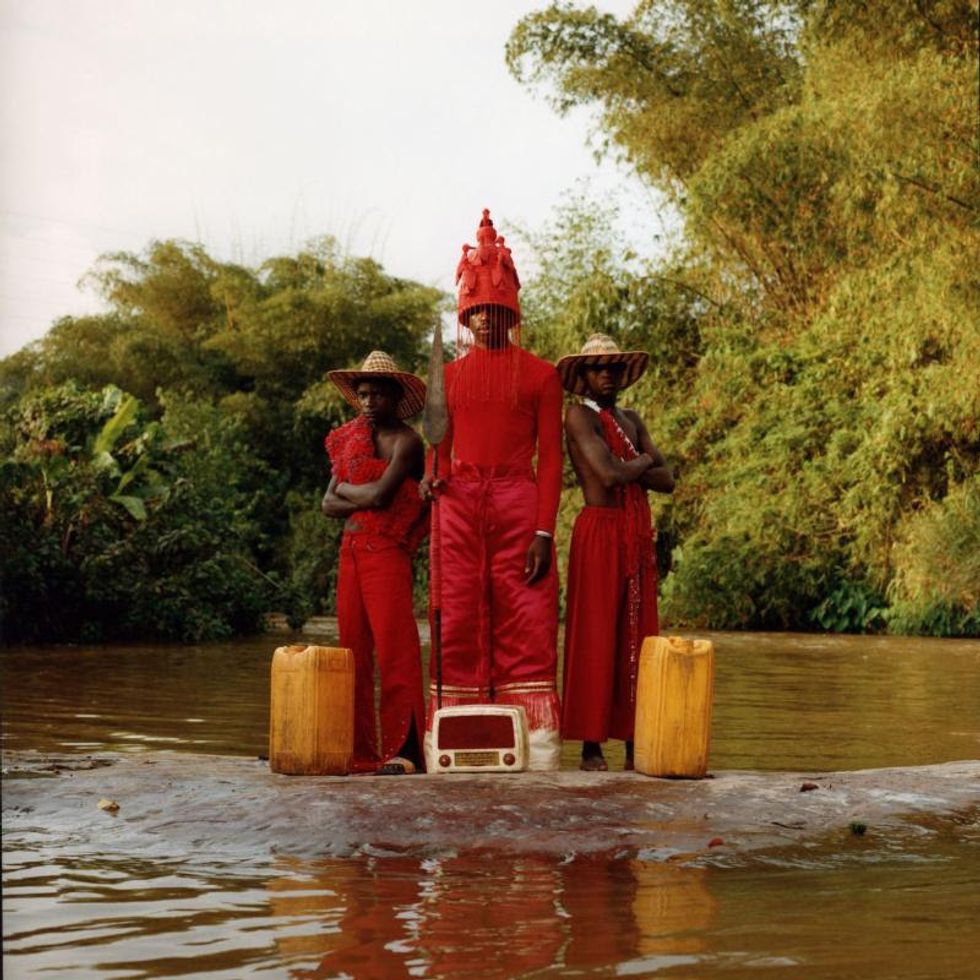 On his new release, La Maison Noir, Petite Noir blends bombastic rhythms, surging melodies, and the style and substance of the DRC.

Petite Noir gained global notoriety by 2015 for his brilliant, shapeshifting pop debut La Vie Est Belle / Life Is Beautiful. The album was self-described by the artist, born Yannick Ilunga, as noirwave, a genre that extends beyond the music to embrace new concepts of freedom, power and African solidarity.

Three years later, Petite Noir has returned with a six-track EP and an accompanying four-track short film that delves considerably deeper into noirwave and his Congolese roots. The music of La Maison Noir / The Black House and its introspective 18-minute film explores ideas of gender, identity as a migrant, and political resistance.

A young Yannick Illunga and his family fled the Democratic Republic of Congo and went into exile after his father faced threats as a former minister of the DRC. They emigrated to Belgium and France before settling permanently in Cape Town.

It's clear from Petite Noir's distinct, genre-blurring noirwave aesthetic that he's absorbed influences on a global scale. His discography up until now showcases a thrilling range of left-field electronics, post-punk and alternative rock, all anchored to the more traditional African sounds of his childhood. Petite Noir is a truly cosmopolitan artist. But on La Maison Noir, moving to the foreground through its bombastic rhythms and surging melodies, the style and substance of Africa takes precedence.

Lead single "Blame Fire" is a polyrhythmic spree of focused aggression and optimistic jubilance, describing the origin tale of Petite Noir. "It is a [phrase] that I created to express the way one feels when you have been down for so long but the drive and fire is still inside of you," Petite Noir told The FADER. "You are thankful! It's all about channeling the revenge energy." During the "Blame Fire" portion of Petite Noir's La Maison Noir film, televisions and vintage cars are set ablaze to symbolize the destruction of the material world.

More than anything else Petite Noir has produced to date, this record is a genuine reflection of his ancestry, his reality and the new culture he's created. He acknowledges his identity and his past thoughtfully through both mediums of music and film. His wife Rochelle Nembhard, credited as Rha! Rha!, contributes background vocals to "F.F.Y.F. (POW)" and "Hanoii," but also serves as the creative director and primary collaborator behind the record's visual.

Shot in the dunes and deserts of Namibia, the gorgeous film heavily references the four-pronged Congolese cosmogram, signifying the four elements, the cycle of life, the cycle of a day and the division between the spiritual and physical worlds. Performance artist and musician Manthe Ribane stars in striking scenes where she implements striking choreography in various costumes to convey the struggle for women's rights. Similar themes of migration and resistance are echoed in the film–all issues impacting Africa in a considerable way.

While La Maison Noir is certainly his project that concentrates the most on DRC and the African continent, it it also might be his darkest. The pop-punk sounds and power chords of La Vie Est Belle are long gone. In their place are Danny Brown and Saul Williams features, track titles like "Blowing Up The Congo," more complex production styles and a gritty, punk integrity that closely resembles the feeling of protest music. That darkness, matched only by his rebellious spirit, is what sets Petite Noir apart from most of his contemporaries.