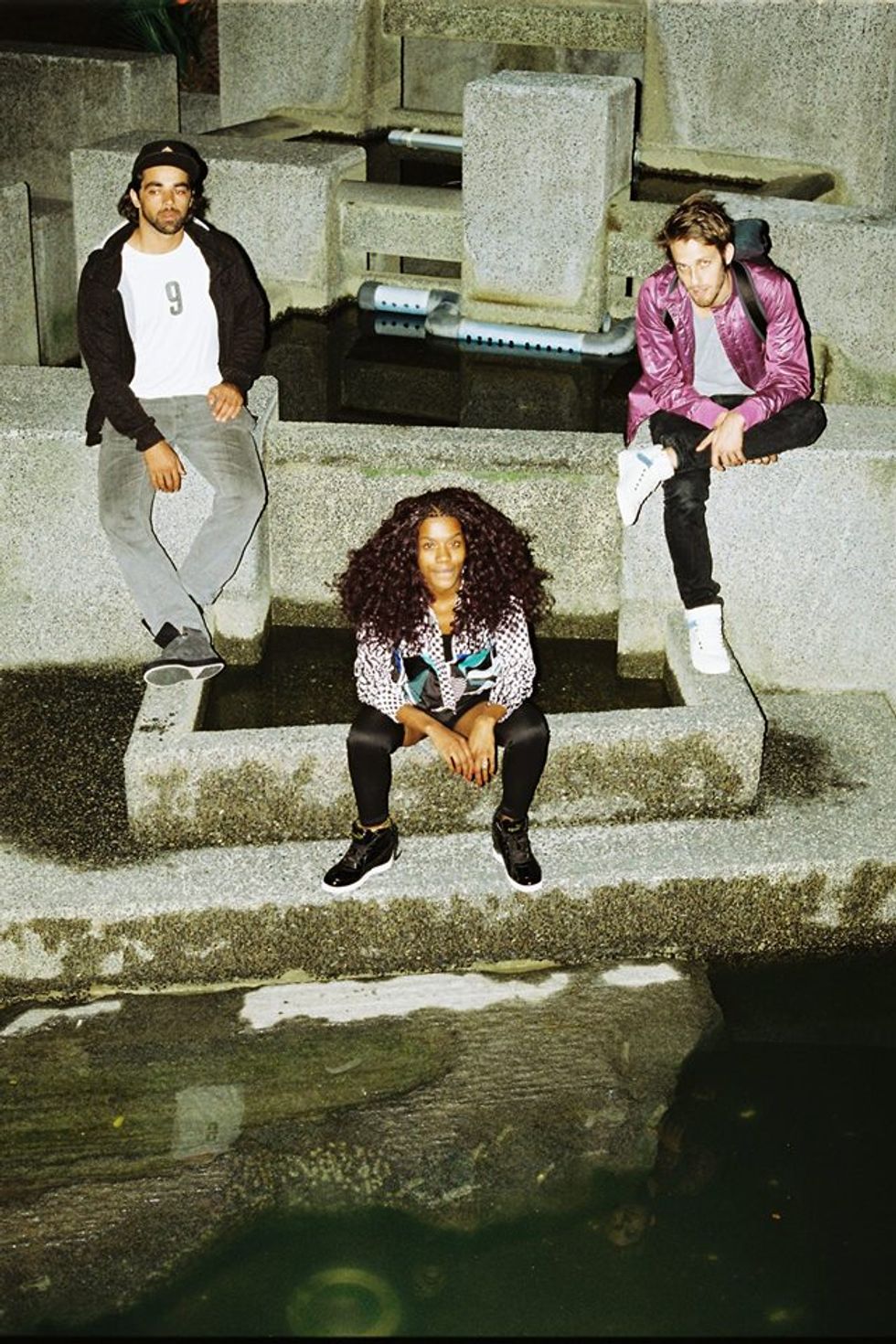 Okayafrica caught up with South Africa's PHFat and JungFreud to talk their 'Lights Out' collaboration.

PHFat are back at it with what they refer to as their "best work yet." One tends to think that carrying on an act past the exit of a key member after so long and so much success means moving at a slower pace than before... If their new body of work is anything to go by, such has not held true for PHFat after the departure of Disco. With the introduction of Nonku Phiri as JungFreud on their new single “Lights Out,” “Smooth Mike” Zietsman and Narch are heading fast in the right direction with the kind of optimism evident in our discussion about their latest track and an extended South African, Australian and European tour to come...

Shiba for OKA: I think we can all agree that this is the most dynamic, the most flavoursome, the most addictive track PHFat has embarked on. Give us the grit on what the actual creation of the track was like.

Smooth Mike: Yeah it was awesome. We started hanging with Nonku with the intention of trying to make some music and ended up just like... straight up becoming homies. And we just ended up hanging out quite a bit and not actually making music so much as listening to it and talking about it. Anyways, one of the days we were chilling flipping through some of Narch's sketches and Nonku hummed the first couple notes of the chorus and in my brain I heard the entire melody and flow for the rest of it. In about fifteen minutes I had a sketch recorded (which actually ended up in the song) and we knew that we had a dope track on our hands. That was literally in like October or November. So as easy as the writing the chorus was, the rest of the track was quite hectic. We pained over it because we knew it was an important track. It's funny how some of the most difficult decisions involve taking stuff away instead of adding stuff you know? Complexity kept getting in the way with this one. I almost lost my mind mixing it too. We also got it mastered and re-mastered overseas but it just wasn't coming back how we wanted and we ended up doing it ourselves like we always have.

JungFreud: Creating the track was a fairly organic process, since the guys and I had already been working on something for Rocking the Daisies. We basically spent a lot of time hanging out and jamming; "Lights Out" happened in between sessions and took us quite a while to finish because the hook was sooooo freaking tight and we knew we had to kill it.

OKA: Will you be bringing Nonku as JungFreud on board for more tracks? What’s the story from here?

Smooth Mike: I think Nonku just wanted a different name for her rap persona. A lot of our discussions were about psychology and psychologists cos I was obsessed with Freud and his impact on advertising when we started hanging out. Nonku was a fuckin trooper. She had literally like... never rapped before and I treated her as if she were any other rapper when we were tracking cos I knew it was an important track for us you know? She just fuckin brunged it man. Endless energy. Literally got every single nuance that I pained over and didn't want to give up on the days that it wasn't working. I don't think it's ever really happened that another rapper was looking at me like 'Stop getting tired, we have shit to finish!” It was amazing, she really communicates and receives ideas amazingly… But yeah, as long as we still hanging out on the regular I'm sure we'll be making tracks when they happen.

OKA: You guys have always been resourceful with the way you make your music. What prompted you guys to step outside of your comfort zones this time and try switching up the roles?

Smooth Mike: I dunno man. Different people bring out different things in other people when they hang out in different groups. We stood on each others toes a lot and the track really wouldn't have worked if we didn't all have input on each others roles. It was just the nature of that track I think. I think that always has to be the rule. The track comes first. We made the decisions we had to in order for that to happen. Which meant we switched up roles a lot this time.

OKA: How does creating music on your own, with your band and working with electronic producers like Crazy White Boy and PHFat differ for you?

JungFreud: To be totally honest most of my collaborations happen organically. I’ve been blessed to work with artists who happened to be freaking amazing human beings.

OKA: You guys have a massive amount of touring ahead of you. What are some of the things you’re looking forward to experiencing?

Smooth Mike: The thing I'm most excited about is playing to a completely new audience in Australia. No one knows who we are there. It almost feels like going back to high school you know? You get like... a second chance to make a first impression, even if we aren't going to be playing to the same size audiences we do here. Some of our coolest shows have been to fifty people.... I'm fuckin amped man…