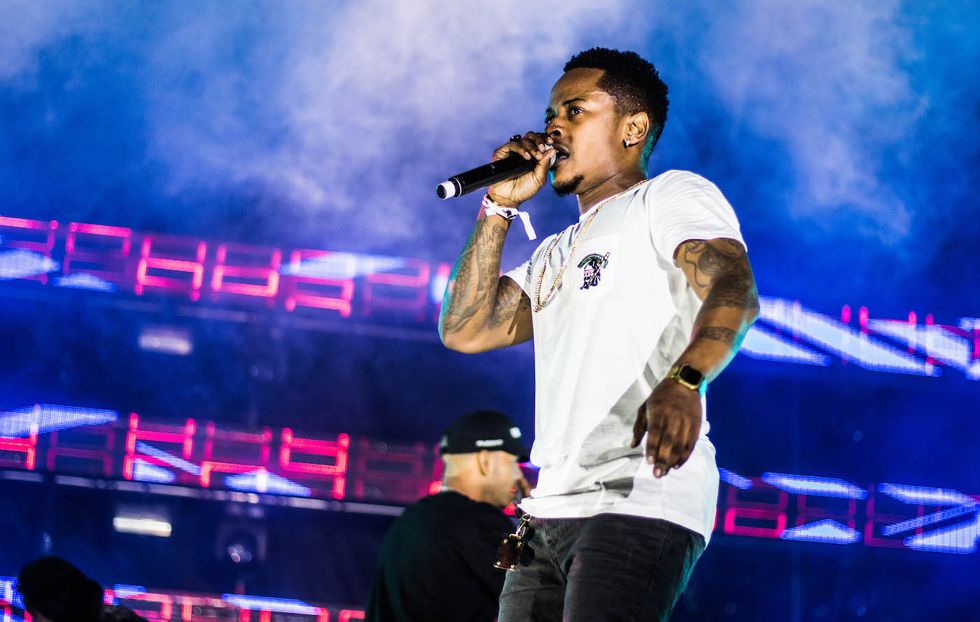 Listen to the new album from one of the most exciting South African rappers.

Priddy Ugly is one of the most exciting rappers in South Africa at the moment. Even though you can pick up a few of his influences in his music, just like with every rapper in the world, his style is unlike anything you've heard before.

The rapper released one of the best EPs of the current decade with You Don't Know Me Yetlast year. His eccentric delivery, which sees him emphasize syllables with a cooler-than-you drawl, sets him apart. His chemistry with his producer Wichi 1080, who produced YDKMY in its entirety, makes the two an indomitable force of nature.

For the past few years, Priddy Ugly, alongside extremely talented rappers like YoungstaCPT, Rouge and a few others, has been playing on the fringes of the mainstream. That didn't make sense to a lot of his fans. The music industry, as we know it, operates in a weird way, and great music doesn't always win.

After years of being "slept on," it looks like the rapper who hails from The East Rand in Johannesburg, is ready to expand his fan-base.

On EGYPT, which is his first release since he signed to Ambitiouz Entertainment earlier this year, Priddy shows an understanding of this.

In the first five tracks, he hardly raps, opting instead to croon most of his verses, which is a deliberate and calculated move. We can't escape that hip-hop is becoming prevalently melodic, and singing is a style that helps artists penetrate markets they otherwise wouldn't if all they did was rap.

In a back-and-forth with a disgruntled day-one fan on Twitter, who felt the album was "too commercial," Priddy Ugly retorted, "Do you still wear the same clothes, and do the same things you were doing 7 years ago? The aim is [to] grow, [and] that includes the fan base."

The song "Ambition II," which is a sequel to "Ambition" from YDKMY, a song that's close to the rapper's heart, sets the tone for the album. Priddy Ugly reflects on his personal life and his journey in the game. At the end of the song, the rapper lets us in on a personal phone call with his auntie.

In the song, he trades the 808s and knocking bass lines for an actual bass guitar and smooth keys. "I Pray," which features TV personality and Priddy Ugly's girlfriend Bontle Modiselle, takes the same singing route and the production leans as far from trap as possible. In "Look Alike" the rapper carries on his singing streak, this time over a familiar soundscape.

Things start getting heated up on "Smogolo," the sixth song on EGYPT. Over a slowed-down skhanda-type beat by the pioneer of the skhanda subgenre, production genius Lunatik, Priddy Ugly starts to sound like the Priddy Ugly fans fell in love with on YDKMY–he's rapping and the beat will see your face contort.

"Smogolo" has a kwaito influence without sampling any old school kwaito song, unlike most hip-hop songs that are inspired by kwaito. "Tshela," the second single off of EGYPT, takes the same route: a kwaito influence and Priddy flexing flows and rapping in more vernac than you've ever heard him.

In our interview with the rapper earlier this year, he revealed the song had been two years in the works, and because of the amount of vernacular rhymes it contained, he wasn't comfortable releasing it because he was more comfortable rapping in English.

"Tshela" transitions seamlessly into "Bietjie," another bass-heavy gem which features the trap god Emtee. These transitions are rife on the album, and they contribute to the coherence and wholesomeness of EGYPT, and are an indicator of great craftsmanship at work.

From "Smogolo" until the last song, Priddy Ugly and Wichi 1080 prove that they both deserve a spot on your top five list. EGYPT becomes a fest of bravado, slang, lyrical delivery and virtuoso production skills on songs like "Karrots," "Karapao," "02Hero" (featuring Shane Eagle), "Truth Be Told" (featuring KLY and Wichi 1080)" and "In The Mood" (featuring Saudi). And can we talk about that Shane Eagleverse, though?

The pair's chemistry shines throughout. Wichi 1080 pulls out tricks from his sleeve–the bass lines knock hard, the 808s complement them, and the synths and pads vary from dreamy to grimy and every mood in between.

Depending on your taste and your interpretation of the first five songs, EGYPT is a solid album, with the right amount of features, and varying subject matter. And most importantly, EGYPT has songs that, even though monolithic, aren't duplicates of each other. There are uncountable single prospects, which give Priddy Ugly a huge chance of doing great things in 2018.

Revisit our in-studio interview with Priddy Ugly and Wichi 1080, from a few months ago, here.