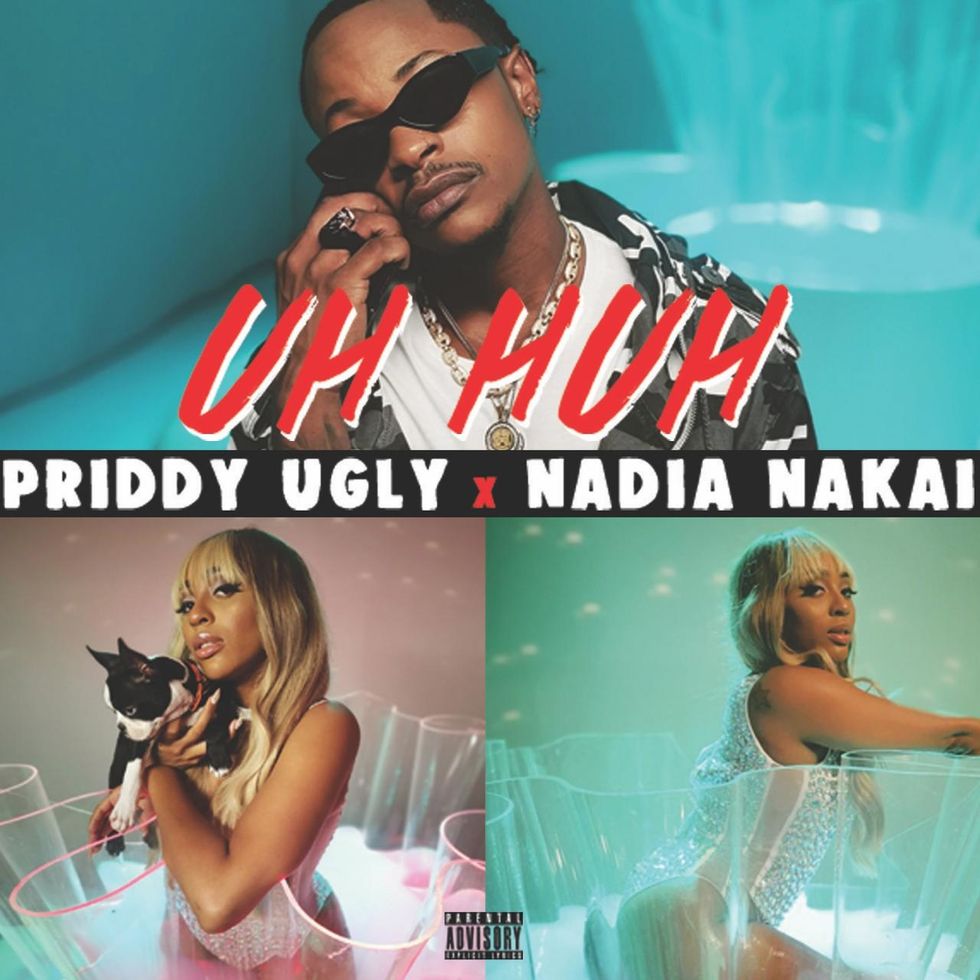 Priddy Ugly's latest banger "Uh Huh" features Nadia Nakai. The two rappers' relationship started when they paired up for the Bacardi Live Sessions last year. Which makes sense why Bacardi gets a few mentions on the song.

"Uh Huh" sees the two MCs sharing sexually charged verses over an ice-cold trap instrumental. Priddy Ugly's delivery is still his strongest trait—in this particular song, he carries on pulling off unique flows and ways of delivering his rhymes. He pitches his voice just a bit, and pulls off a catchy rhyme scheme that makes his verse hard to ignore and easier to commit to memory. Nadia closes off the joint with a solid verse that sees her follow the same rhyme scheme as Priddy's.

"Uh Huh" is ear on the ear, and will sure turn a party or the club up on any day.