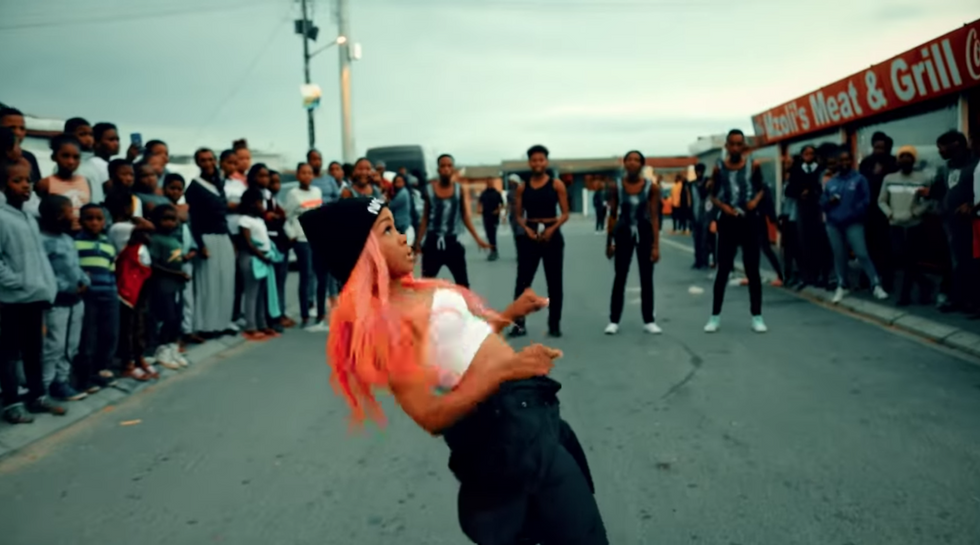 Popular South African house DJ and producer, Prince Kaybee has another hit in his hands. The song "Gugulethu" from his current album Re-Mmino has been playing everywhere you go in South Africa. The song features vocals sung in SiSwati by Indlovukazi, Supta and Afro Brothers.

To officially highlight the song, the artist shot a memorable video in Gugulethu, Cape Town.

The visuals show Kaybee cruising in a Gusheshe in the streets of Gugs, while featured vocalist Indlovukazi performs in different locations in the same hood.

The highlight of the video, however, has to be the dancing, mostly from Cape Town talent. You'll spot familiar faces if you are from Cape Town—notable appearances from Capetonians include choreographer Stoan Galela and revered freestyle footballer Chris Njokwana.

The music video captures the essence of a weekend in Gugulethu, even showcasing the famous food spot, Mzoli's, which attracts customers from all over the country. You haven't been to Cape Town if you haven't been to Mzoli's (even T.I. made a turn when he was in Cape Town).

Watch the music video for "Gugulethu" below and stream Re-Mmino underneath.