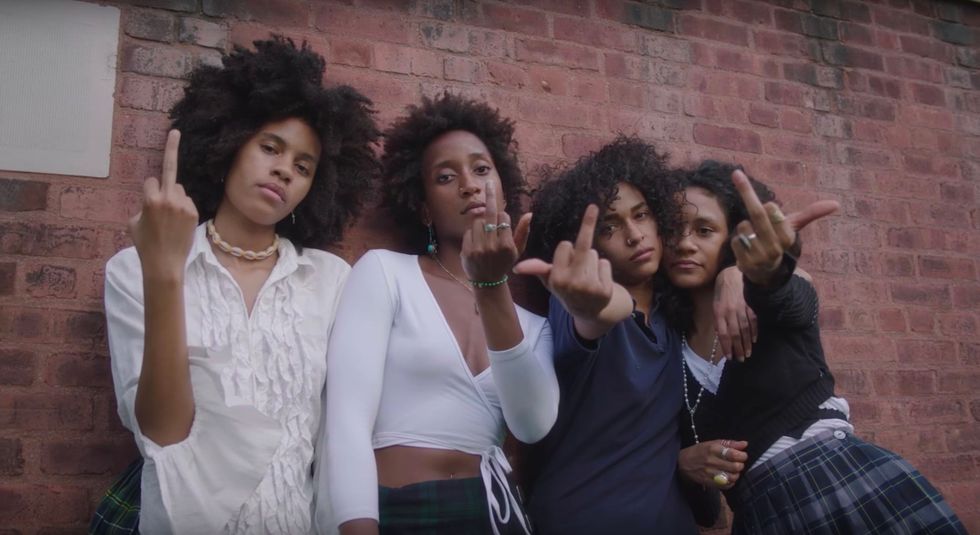 You need to see Princess Nokia’s “Brujas” video, a much-needed celebration of Afro-Latina identity and its rich spiritual heritage.

Now, more than ever, we need art that encapsulates the experiences of women of color.

Princess Nokia’s “Brujas” is just that. A highlight off the Afro-Nuyorican MC’s 1992 mixtape, it’s a much-needed celebration of Afro-Latina identity and its rich spiritual heritage.

The 24-year-old New Yorker (Destiny Nicole Frasqueri) draws on Santeria and Yoruba spirituality to deliver a blazing track that highlights the many layers of her Afro-Latina identity. “I'm that Blackorican bruja. Straight out from the Yoruba, and my people come from Africa-diaspora Cuba,” the singer rhymes over chopped and screwed production.

Like the music of the Ibeyi sisters, the song resonates as an anthem for women in the Diaspora who feel connected to the transcendental strength manifested by powerful deities like the Yoruba Orishas.

The mystifying aura of these divinities is reproduced in an ethereal video. Co-directed by Princess Nokia and New-York-based, Turkish filmmaker Asli Baykal, it sees the artist and a group of her sisters—who look like deities themselves in their afros and all-white garments—channeling the spirits as they congregate in a forest to serve pure black and brown girl magic.

“Brujas” is a vibrant exploration of the unique cultural inheritance of Afro-Latina women. Watch it above along with Princess Nokia's full 1992 mixtape.