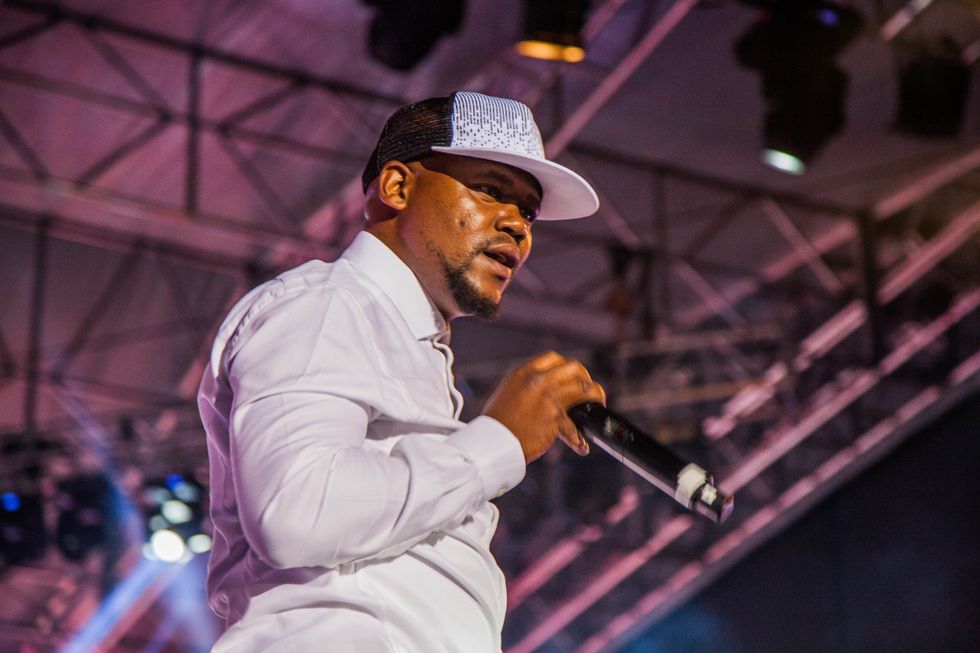 Pro performs at Back To The City in April this year. Photo by Sabelo Mkhabela.

'Heads and Tales' is currently number 1.

Heads and Tales is regarded as Pro's best album, and a South African hip-hop classic. DNA is his most criticized album. The rapper himself once admitted to having rushed the album due to pressure from his label at the time, Gallo.

Pro has five studio albums in total, but two of them Dankie San and Snakes & Ladders are nowhere to be found on any online store and streaming site. Dankie San, which is one of his strongest projects, was released by TS Records, a label that for a long time was anti-hip-hop. Pro was the first rapper to be signed by the label, which was one of the signs that hip-hop was becoming the pop music of South Africa, which it currently is.

Dankie San was also produced mostly by IV League—the production trio that consisted of AKA, Kamza and Buks. Among other bangers, they produced the album's smash hit single "Bhampa"

In what is highly likely his last interview, Pro told the story of how he got to work with IV League to the Sunday Timesa few weeks ago.

"The first time was at Capello's in the CBD," he was quoted as saying. "I believe that you can never be larger than life, because you'll never know where the next thing will come from. When that kid Kiernan [AKA] spoke to me, I could feel him. I was like okay, fuck this party, let's go into the car."

Pro died yesterday morning at 37, after suffering a seizure. Tributes have been pouring in ever since to the pioneer of kasi rap, and a South African hip-hop legend of note.