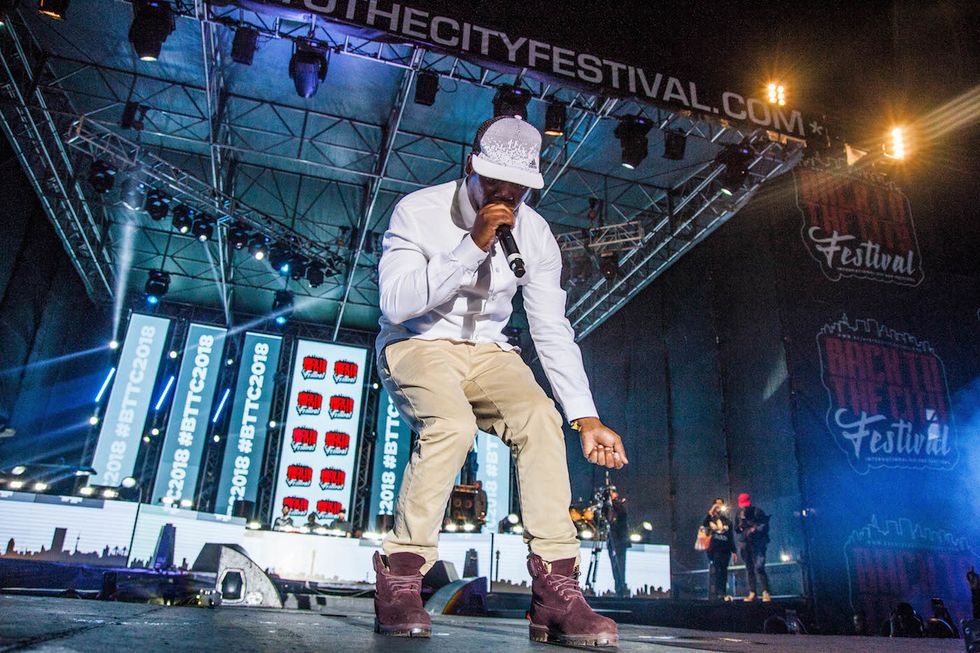 Listen to Pro's peers pay tribute to the rapper who died last week.

In the episode, several of Pro's peers— radio show host Lee Kasumba, Skwattakamp member Shugasmakx, fellow rapper Mr Selwyn, co-founder of the clothing label Loxion Kulca, Wandi Nzimande, and more—each share endearing words about what type of person and artist Pro was. Some share anecdotes of Pro in his prime. For instance, Omen, who produced a lot of Pro's hits from his classic debut album Heads & Tales, remembers an event they performed in.

"Kwaito was the order o f the day," he says, "and uMzekezeke had just performed. And the crowd was lit, and we were up next, you can imagine… David versus Goliath situation. But I tell you, man. When we came on… I used to do this thing, when Pro raps, every fourth line is a punchline, so I would kill the music, and he would just hit it. The crowd went berserk. I've never seen people go nuts like that." K.O. remembers Pro showing him love during the launch of his hit "CaraCara."

Some memorable songs by Pro such as "Uthini Ngo Pro?," "Soweto," "Budget Speech," "Soweto," "Ghetto Science," "Syeke Ngey'ndaba" (by Young Nations), and more, are played to remind you what a powerhouse Pro was. There's also a spectacular freestyle in which ProVerb and Pro freestyle over Jay-Z's "Encore." How monumental!

Listen to the episode below: