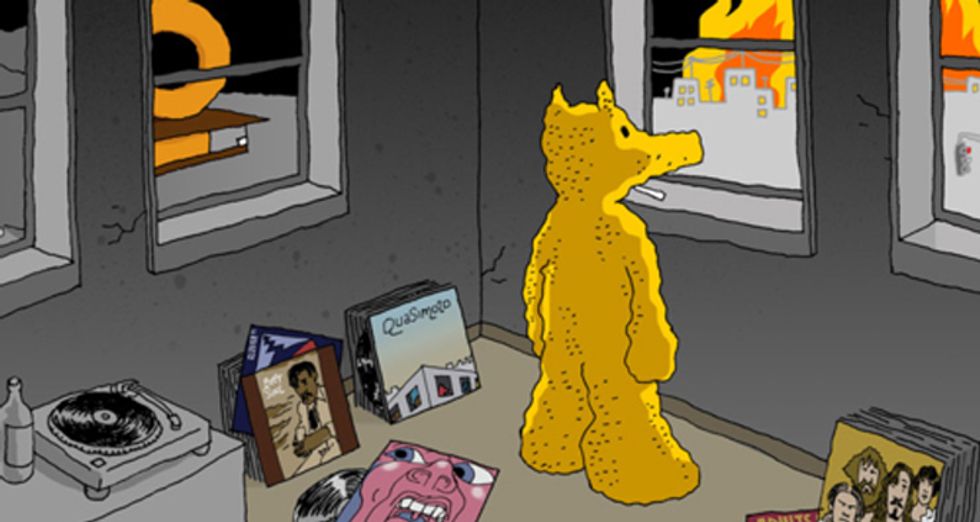 Just a week after Christian Tiger School producer DESERT_HEΔD put out an all-Madlib mixtape, the duo return with a remix of the Beat Konducta's helium-voiced alter ego Quasimoto. The South African producers add hazy snares and extra layers of smoke (if that's possible) to "Broad Factor," a track about the "head-turning" effect of the animated Lord Quas' main girl. "This is a track that's never been released, and what better way to use it than turn it into a Lord Quas bootleg," add CTS. For more from the South African beatmakers check out their sophomore release Chrome Tapes LP from February and their Player Xchange collabo with Bilal and World's Fair. Madlib just recently dropped [Cocaine] Piñata, his joint album with Freddie Gibbs. Stream and download Quasimoto "Broad Factor (Christian Tiger School Bootleg Remix)" below.