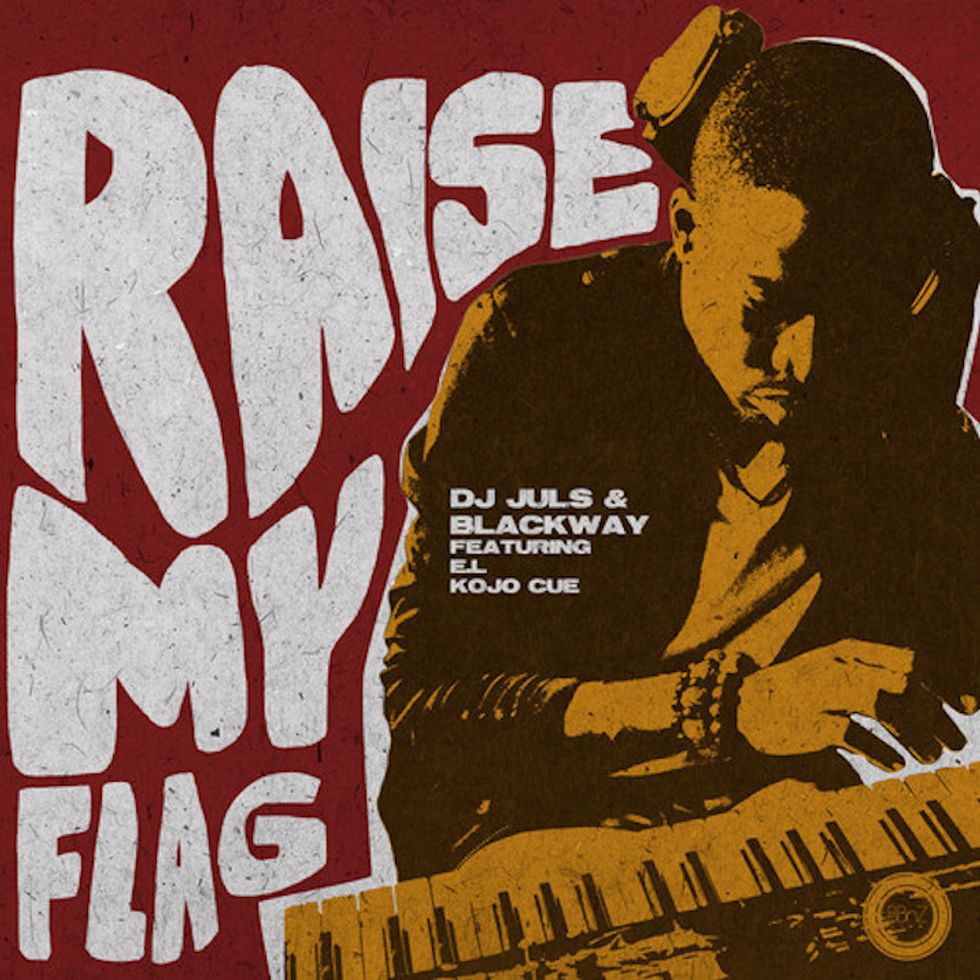 Less than 48 hours after dropping the murky social commentary-laced "Inflation" with Sarkodie, Ghanaian beatsmith DJ Juls comes through once again with "Raise My Flag," the surprise first single off his as-of-yet unnamed debut EP. We've been following the handiwork of the elusive UK-based producer for a while now — both volumes of his Jungle Book Beat Tapes and  Afrobeats mixes have been longtime favorites around the Okayafrica offices — so we're definitely looking forward to a complete collection of brand new DJ Juls tracks to put on rotation.

Juls' crisp programming shines on "Raise My Flag" as he drops a Ghanaian-tinged hip-hop beat anchored by the jubilant warmth of horns that seem straight out of a highlife classic. Juls rounds up newcomer Blackway and fellow BBnZ affiliates Ko-jo Cue and E.L, a cast of slick spitters whose stellar guest spots on the track solidify them as some of the brightest MCs to keep an eye on in the GH scene. Ko-jo Cue is the first up on the plate and he gives a detailed timeline of his rise within the rap game before ending his verse with a jab at the Mahama-led government's mismanagement of the cedi, though he makes sure to note that it's all love despite the current economic hardships being experienced. Blackway then swoops in on the hook with the hungry bravado of one determined to chisel their name into the annals of Ghanaian hip-hop history. The Brooklyn-based newcomer vies for his spot in the rap dynasty with a verse chock-full of his dreams of lyrical sovereignty. Finally, E.L. swaggers through on the closing verse to regale us with tales of his more nefarious associations while reasserting his claim of being the 'best African rapper.'

Stream "Raise My Flag" below and get familiar with DJ Juls' beatwork over on his soundcloud before the EP arrives.