Right Over Their Red Balloons 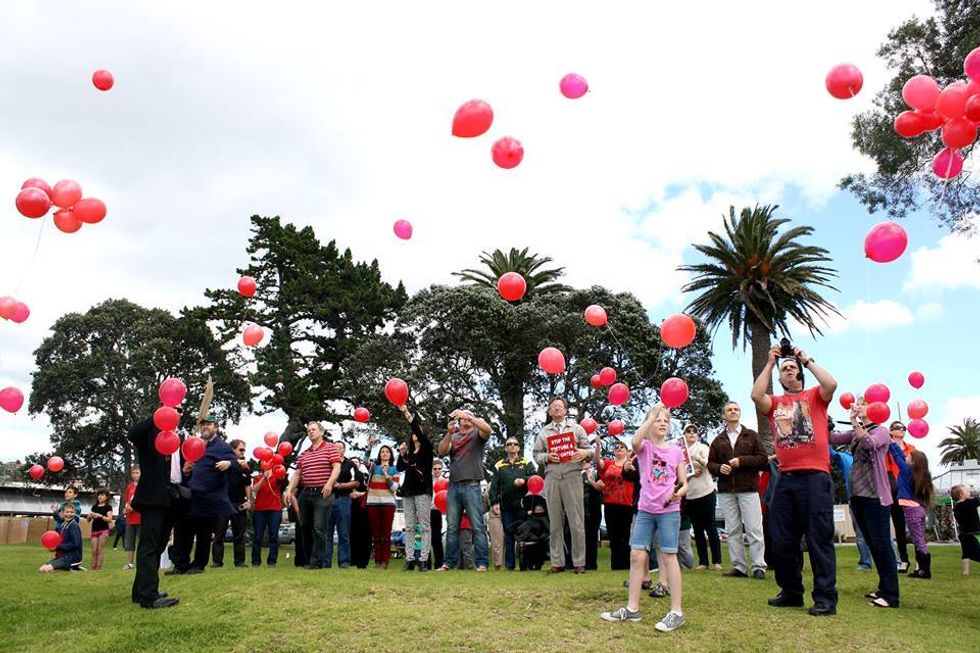 Johannesburg in October is a hellish place to be. The sun doesn’t shine, it boils, and the clouds that normally snake through the sky are gone. It’s under this sun that I toil away on the Internet. Red October pops up quite frequently, resistant to all attempts of destruction, re-emerging with every unfriend click.

A friend posts a status on facebook that goes something like “STOP OUr BABies and GrAnnIES from being BURneD, RApEd, this Is The ONLY WaY!” and posts a link to a website. Intrigued, I click the link and find myself at a website with a lot of red balloons and bad grammar. It looked like an AIDS awareness site. But then I saw the assembled white faces at the bottom of the screen and realised what it was: fear of a black planet.

The website is big on rhetoric and tiny on detail. They want to be taken seriously, and we know this because they type in caps lock. But how seriously can you be taken when you talk about the oppression of white South Africans yet 80% of businesses listed on the Johannesburg Stock Exchange are white owned? Red October, though, doesn't want facts like these. Steve Hofmeyr and his ilk trade in emotion. Remember the status about babies and grannies? That’s the rhetoric they want.

Since I spend a lot of time fighting the Internet on the various comments boards of South African news sites, ideas like Red October are not new or particularly interesting. The people behind Red October let the colour of their skin shield them from the depressing reality of poor peoples' lives in South Africa. The fact that the highest murder rate in the country is in Nyanga, an area in the Western Cape with a population that is almost absolutely black, goes right over their red balloons.

Now I don’t pretend to know every white person in the ZA, but having gone to schools that have always been majority white, I feel like I know white people. I know Steve Hofmeyr; the dude is to Afrikaners what Arthur Mafokate is to black people. But being king of the Afrikaans music scene isn’t enough for “Hof.” He needs to be Jesus of the white kingdom as well.

As much as we wanted it to disappear, the march actually happened. Back in the glory days of Apartheid a march like this would have ended up with the dogs being set on you. Yet not even this very fact can motivate the khaki army to stop and pop a balloon. Unfortunately for Sunette Bridges (another Red October celebrity) and Steve Hofmeyr, most of South Africa reacted to it with a “huh?,” assuming, like me, it was either a) a vagina monologue event, or b) a communist rally. White South Africans generally seemed the most annoyed of all, though not enough to reflect deeply about history, but rather with the sort of annoyance upon arriving to the bathroom and realizing there's no toilet paper.

Drinking and dancing and braaiing, never remembering but always forgetting. This is what the people involved in Red October would have us do. Engaging critically with the past in order to sort out today's problems is sometimes a step too far for some South Africans. Creating imaginary plights for your “ethnic minority” because you are no longer kings is far easier than living in reality.