Check Out The Full Lineup of Riky Rick’s Cotton Fest 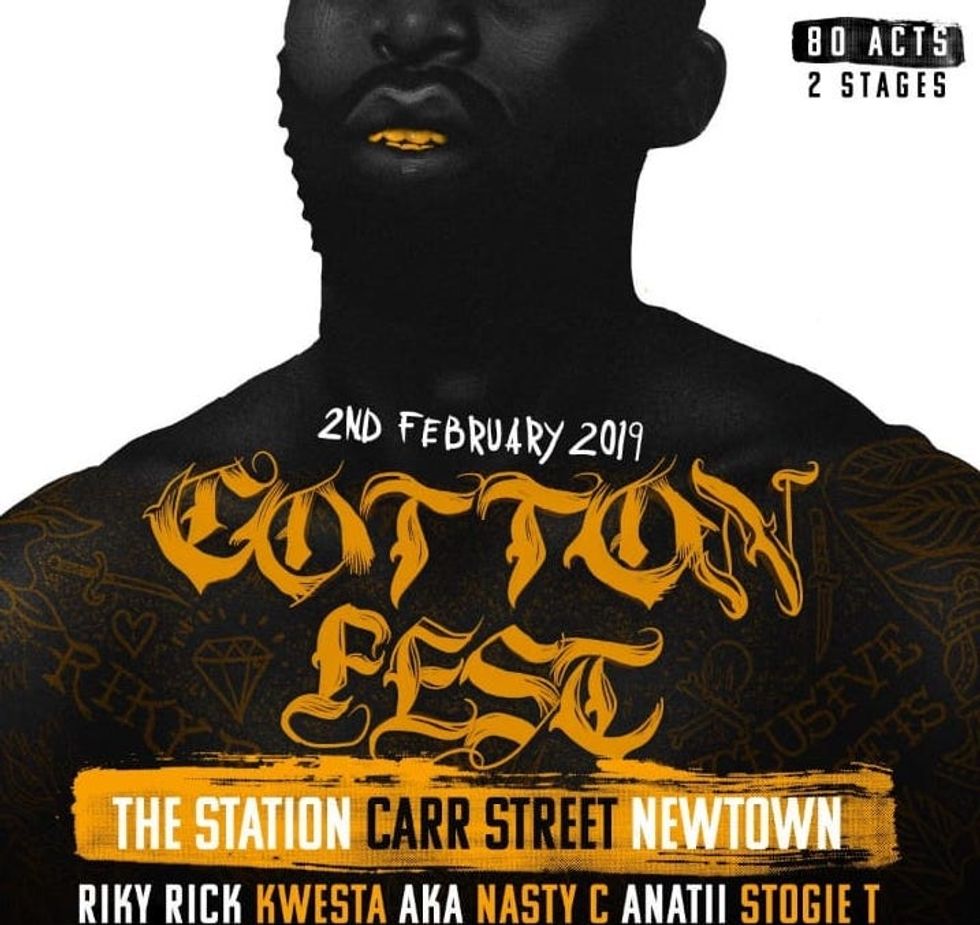 All your South African hip-hop faves will perform at Cotton Fest.

Towards the end of 2018, South African rapper and producer Riky Rick announced his own festival, Cotton Fest. After teasing the lineup, the artists has finally revealed the names of the 80 artists billed to perfrom on the festival's two stages.

The star-studded lineup features usual suspects such as King Kotini himself, AKA, Nasty C, Kwesta, Stogie T, Emtee, A-Reece, Anatii, and a whole lot more, among newcomers such as Dee Koala, Dee XCLSV, Boity, Manu WorldStar and Una Rams, among others. There will also be a surprise performance.

The event will take place at the Old Park Station in Newtown, Johannesburg on the 2nd of February. You can view the full lineup below, and cop tickets here.