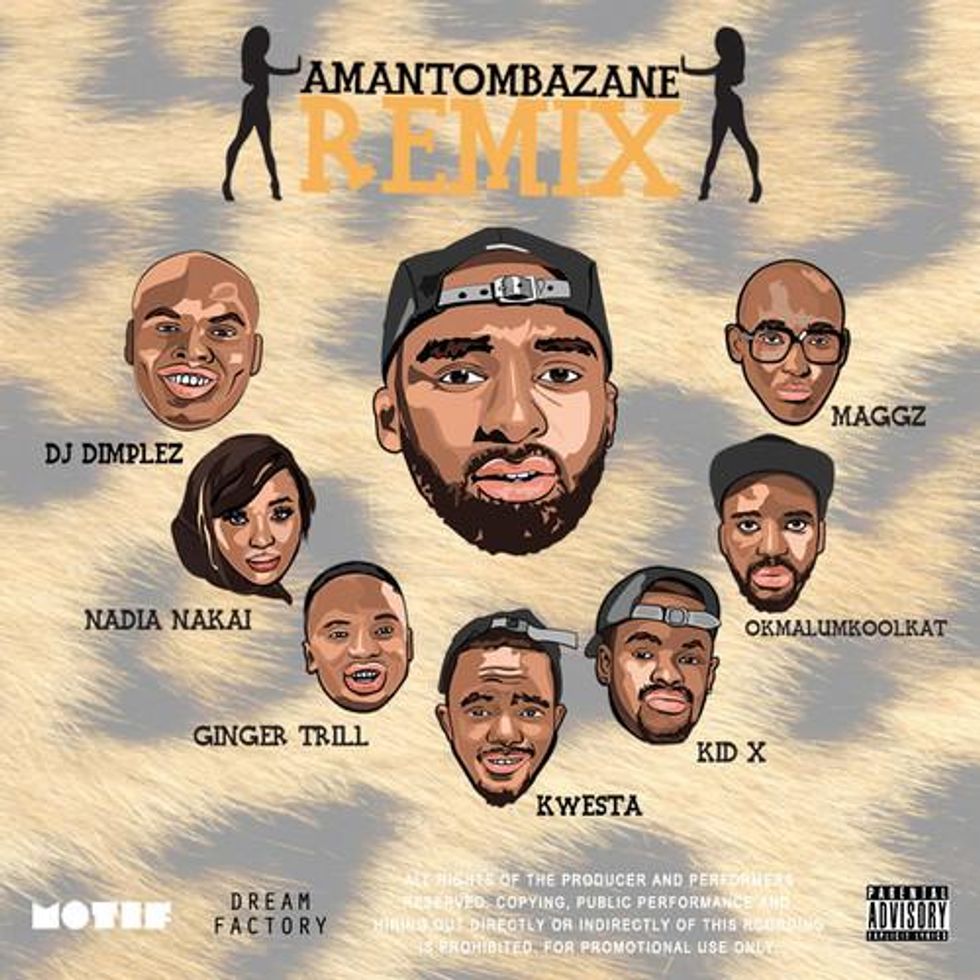 Back in January longtime collaborators, Motif Records' Riky Rick and Okmalumkoolkat, joined forces once more on the heavy-hitting, church organ-tinged "Amantombazane." In March came a remix for their kwaito/new school rap crossover featuring an all star cast of JHB rap royalty, including "Rands and Nairas" emcee DJ Dimplez, Kid X, Kwesta, Maggz, Ginger Breadman, and Nadia Nakai. After popular demand, the BOYZNBUCKS affiliates came through today with a sharp-looking video for the remix, which you can watch and stream below. In related news, yesterday came official word that Okmalumkoolkat has signed with Austrian label Affine Records and his debut EP Holy Oxygen I (which you can watch a trailer for here) arrives this July.