RJ Benjamin, Emtee & Zoë Modiga’s ‘All Tied Up’ Is The Unlikely Collaboration You Didn’t Know You Needed 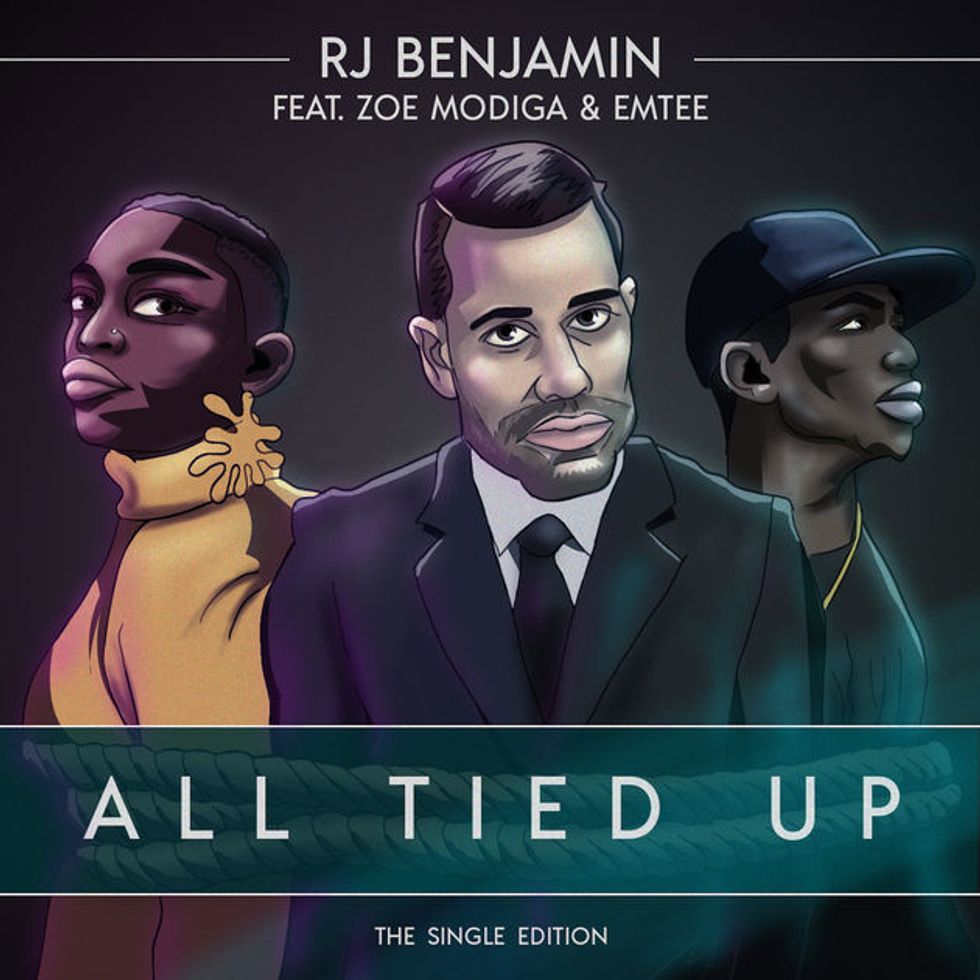 RJ Benjamin jus added Zoë Modiga to his 2017 single, and it sounds better.

RJ Benjamin, Emtee and Zoë Modiga connect on what is one of the most unlikely collaborations you'll hear this year. As much as all three artists are versatile and have collaborated across genres, "All Tied Up," is still a surprising song, and not that we are complaining.

Emtee opens up the song with a smooth rap verse, before RJ Benjamin adds a melodic verse before the hook kicks in. Zoë's verse comes towards the end of the song, and she displays her dynamic vocal range.

"All Tied Up" blends jazz, soul, pop, R&B, and hip-hop in a song that doesn't sound like a scattered mess, like most songs of its kind normally would. An earlier version of "All Tied Up," featuring only Emtee, appeared on RJ Benjamin's 2017 albumThe Fifth Story.

Listen to "All Tied Up" featuring Zoë Modiga and Emtee below, or download it here.