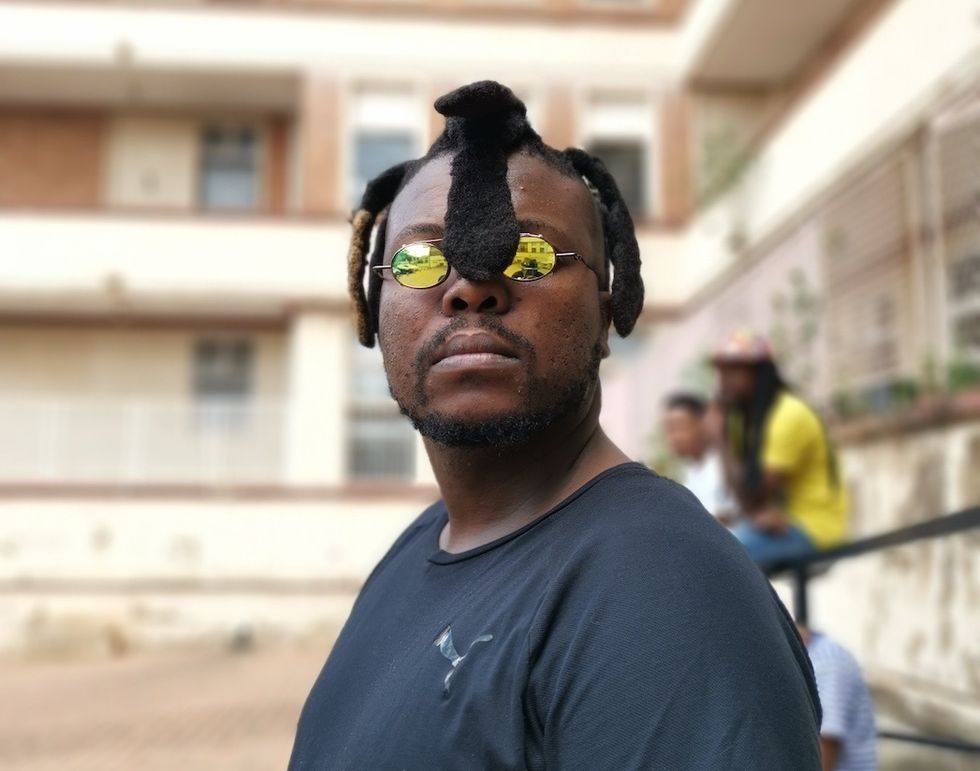 South African artist, producer and DJ, RMBO, who's also a drummer for the band BLK JKS, is releasing a project on the 16th of June, South Africa's Youth Day.

"16th of June is very special to me," says RMBO. "I was not born by then to fight for myself, but others died so tings are easier for me later. BLK JKS' first show was on June 16. I also remember spending June 16th in NYC and missing home, I went to the SA embassy, and found a party of South Africans breaking bread and dancing."

"Vibe" is the first single to the project, which will be titled 20/20. The song features Siya Shezi, Khaz Money and Scarface Manolo (from the band RADIO 123), and is classic kwaito as you loved it in the 90s, from the slow tempo to the big bassline and the bounce that can't be described but felt.

Read: BLK JKS Cover Hugh Masekela's 'The Boy's Doin' It' For Their First Release In 9 Years

One song from the 20-track project will be released every two months until June, and just like "Vibe," all of the songs will premiere on this website. 20/20 comes with a tour that will hit 20 townships.

Expect more than kwaito on 20/20, though. "The remaining 19 songs are different," says RMBO, "some are kwaito, others house, electronic and alternative. I compose what comes to me. I don't engineer my compositions with my own projects. I only do that when I make music for films or commercials." This is, of course, expected. RMBO showed the same diversity in his 2018 EP, Zone 3.