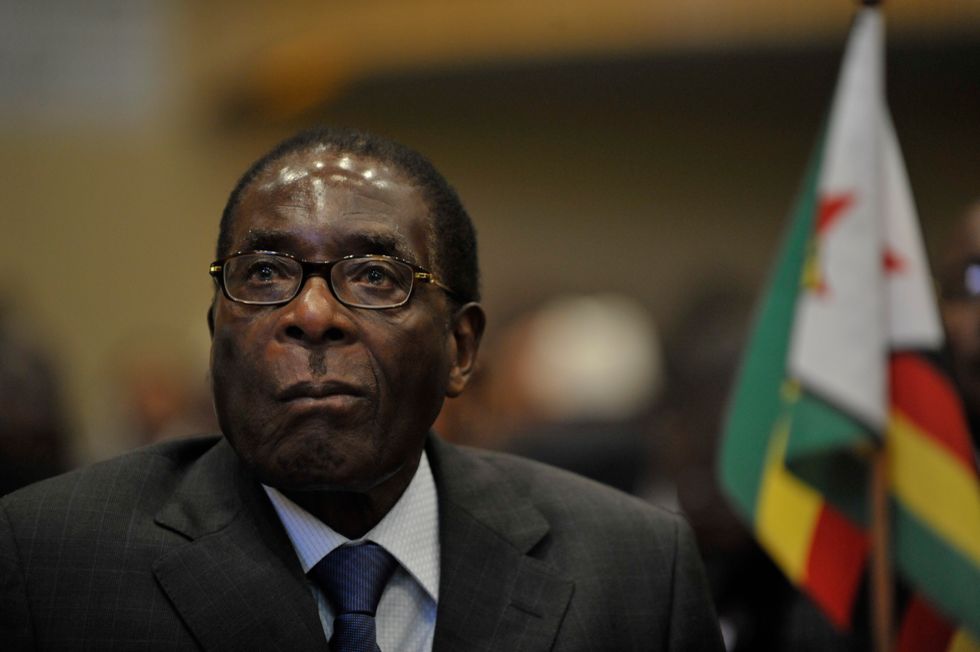 92-year-old Zimbabwean leader President Robert Mugabe faces a torrid task ahead of the 2018 polls. He’ll need to fight his age, sickness, a divisive First Lady and an increasing number of dissenting voices from the opposition as well as his own ruling ZANU-PF.

While Mugabe’s divide and rule tactics kept him in power from the time of Zimbabwe’s independence in 1980, his tricks are now known. The upcoming presidential election in which he’ll partake is gearing up to be one of the most ferocious battles in the country’s history.

More and more Zimbabweans are rising up against 36 years of misrule by Mugabe, most notably in the likes of former freedom fighters known as ‎"War Veterans” and the fight on social media being led by Zimbabwe’s youth and the pastors of #ThisFlag and #‎Tajamuka.

When the aged Zimbabwean leader appeared to have scored great strides against popular #ThisFlag protest preacher Evan Mawarire, the vanguard of his own political party, ZANU-PF, vowed to confront him head-on until a succession plan is put in place.

“Mugabe should understand that his leadership is as a result of our support as we are the vanguard of the ruling ZANU PF, without war veterans who fought for the liberation of this country then there is no ZANU PF… So to Mugabe we say, you can not stop us as war veterans from debating the succession of the party’s leadership, we are the spine of the party,” Zimbabwean war veterans said in their communiqué after their meeting in Harare.

The Zimbabwe National Liberation War Veterans Association rallied behind ousted leader Christopher Mutsvangwa, who recently lost his cabinet post as War Veterans Minister and was expelled from the party.

“We still recognise Cde Christopher Mutsvangwa as our national chairperson amongst the war veterans and Mugabe should be warned Mutsvangwa can not be fired willy nilly as that has to be done through a congress,” one war veteran said. “Mugabe is fond of firing from the party anybody who raises a voice against him and we are saying no enough is enough.”

Surprisingly, the feared war veterans came behind Mugabe each time there was an election. During the land grab they spearheaded the violent campaigns for the benefit of Mugabe. Now they seem to be fighting their own boss, the patron of the association.

In the absence of a succession plan, Mugabe faces a big fight if he were to be voted as the next country’s leader. Political experts say the fight between Mugabe and his own kith and kin is evidence of signs of disgruntlement from war veterans and the country at large.

“Having been a critical cog in the configuration of ZANU PF power dynamics the war veterans feel alienated and stripped of that once position of authority. They have been the kingmakers in ZANU PF since 1977, there is a clear elite discohesion between them and the president in particular,” Fortune Gwaze, a political analyst based in Harare said.

Gwaze added that what is now happening between Mugabe and the war veterans is a manifestation of elite discord across all organs in ZANU PF, particularly on the issue of succession.

“We are likely to see a continuation of these outbursts and if ZANU PF goes into an election in this mode another shameful loss is in the offing,” Gwaze said.

Another political analyst, Itai Jongwe, said the developments could be a sign of intensifying factional battles between LACOSTE (believed to be led by Vice President Emerson Mnangagwa) and First Lady Grace Mugabe’s G40.

“There are factions in the liberation war fighters camp which are mirroring the Lacoste and G40 factions which are angling the 2018 elections and deliver a successor to Mugabe,” Jongwe said.

According to Jongwe, there is no unity in the war veterans camp and Mugabe will continue to ride on the dividends arising from his favored strategy of divide and rule, which he has consistently applied against his foes and allies alike since independence.

Whether Mugabe will turn the tides to his advantage or not, the fact that war veterans are openly declaring their allegiance to another party leader, in the likes of Emerson Mnangagwa, is a first in the history of the nation.

“This country can only go forward if Mugabe steps aside because his management of the economy has been a disaster. He should announce his retirement date because 2018 is going to be the most difficult year to campaign for him because there is no longer love between us,” said the war veterans’ national political commissar, Francis Nhando.

Faced with an opposition likely to rally behind the youthful Nelson Chamisa if elevated to represent the Movement for Democratic Change, led by ailing Morgan Tsvangirai, a poor economy, cash crunch with no specific paydays for soldiers, and policies hurting the importation of goods sustaining livelihoods in the country, Mugabe could face a serious challenge come 2018.

Churches also say they would be engaging into a 12-month campaign aimed at dealing with fear amongst various church leaders in order for them to unite and condemn political violence during elections.

Those in the opposition accuse Mugabe and his followers of being violent against known opposition during election campaigns. An example is the 2008 presidential runoff when at least 400 opposition activists were abducted and died.

Although Mugabe, like in the 2013 polls, has begun parceling out housing stands, to the youths and women in his party, those in need of the housing land outnumber the allocated pieces of land and that could be another source of infighting amongst the youths.