Rodriguez And The South African Legacy Of 'Cold Fact' 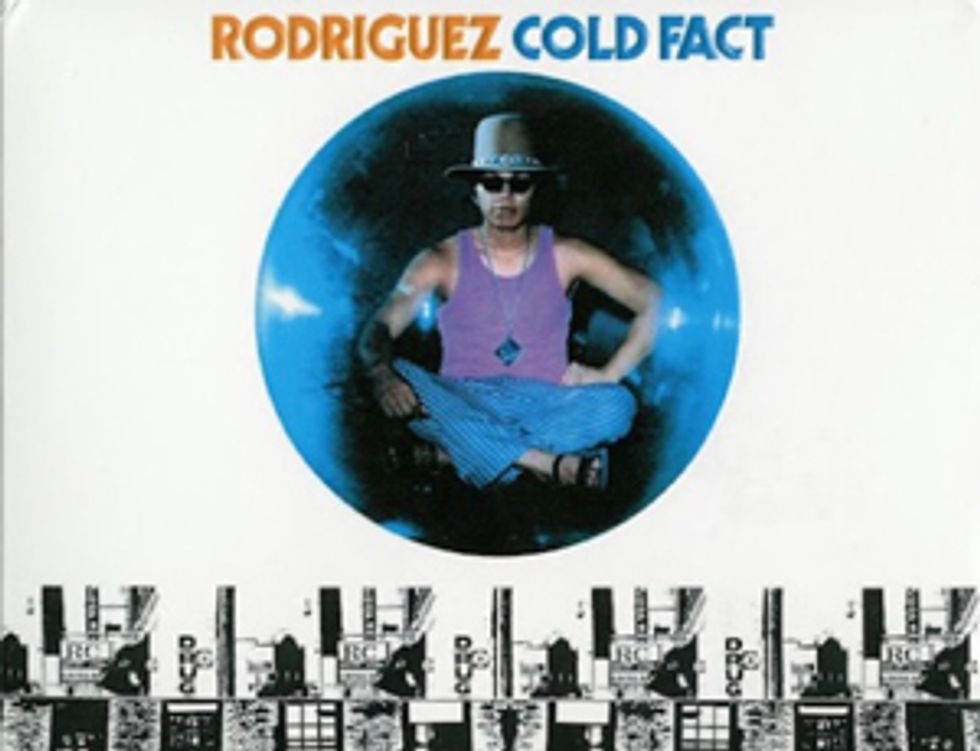 Detroit singer/songwriter Rodriguez’s "Cold Fact" has had an impact in South Africa.

Detroit singer/songwriter Rodriguez’sCold Fact (1970) probably first arrived in South Africa by non-commercial means. The album was celebrated by a politically and culturally stifled public but severely censured by the apartheid regime. Any copies of the record meant for promotional use were subject to physical damage rendering a selection of songs unplayable on the radio.

Still, Rodriguez's Cold Fact found its way into thousands of South African homes and record stores. While the album celebrated a matter-of-fact political cynicism not unprecedented in the US, its blatant critique of politics and a general delight in hippy culture marked it as legitimate protest music in South Africa. Despite reflecting a decaying American city, songs like “The Establishment Blues” and “I Wonder” became anthemic protests of apartheid and cultural conservatism for many South Africans. And while Cold Fact rivaled the popularity of American pop hits in South Africa, its listeners there knew virtually nothing of the artist behind it.

The album artwork (above) depicts Rodriguez obscured by a low hat and dark shades. The writing credits further shadow the singer, crediting songs to both Jesus Rodriguez and Sixth Prince (a handle crafted from his name “Sixto Diaz”). The mystery did little to stifle the appetite for his music; Rodriguez’ 1971 sophomore album Coming From Reality and later reissues of both LPs would go on to sell wonderfully in South Africa (Coming From Reality was released as After The Fact there).

Back home, Rodriguez was embarrassingly overlooked. He first released one single for Impact Records in 1967 under the Americanized pseudonym Rod Riguez with Mike Theodore’s arranging and producing. Theodore and production partner Dennis Coffey, responsible for bringing a hard rock fuzz guitar aesthetic to Motown, would later produce Cold Fact in the fall of 1969. Even to these closest working partners Rodriguez remained an enigma; they'd first reconvened at a smoky bar where Rodriguez performed with his back to the audience. Throughout their working relationship Coffey and Theodore regarded Rodriguez as an ethereal figure who continued work as a day laborer. After the second album’s tepid American reception Rodriguez left the industry in pursuit of higher education and continued manual labor. The music’s commercial failure did little to taint Coffey’s, Theodore’s and Steve Rowland’s (Coming From Reality producer) impression of Rodriguez. None knew of his South African success.

Musically, Rodriguez’ compositions are built out of thoughtfully sparse arrangements that center his guitar-playing and nasal, conversational singing. Production on the albums favors a consistent echo, lending an eeriness to the singer and his music. Stylistically, Rodriguez’ songs run the gamut from standard blues riffs (“Inner City Blues,” “Can’t Get Away”) to almost lute-like guitar phrasings and picking (“Sandrevan Lullaby - Lifestyles”). Throughout, his lyricism is focalized, and while his proficiency on guitar is clear, his voice as a songwriter has rightfully defined his legacy. Ultimately, the music is bluesy, soulful, and psychedelic with tasteful restraint in the accompanying string arrangements and occasional deep horn accent.

South African fans’ attempts to learn more about Rodriguez’ life consistently yielded nothing for more than twenty years after his albums’ initial releases. Owing to inconsistent stories of a public suicide—one in which he dramatically burned himself alive and another reporting that he shot himself onstage after a poor performance — many South Africans presumed Rodriguez dead.  In 1996, two years after apartheid’s unofficial end, After The Fact was reissued in South Africa on CD. Superfan Stephen “Sugarman” Segerman (a nickname owing to one of Rodriguez’ more popular songs and a not-so-subtle drug reference) was commissioned to write the liner notes for the reissue. With little to tell, Segerman reached out to readers for any new information on the shadowy legend. This call reinvigorated music journalist Craig Bartholomew’s interest and, armed with the burgeoning power of the internet, Bartholomew and Segerman searched for more Rodriguez information in the late 90’s. Their search was met by Rodriguez’ eldest daughter Eva’s surprise communication that her father was alive and well in Detroit.

After his brief stint as a commercial recording artist in the US and London (where Coming From Reality was recorded), Rodriguez earned a degree in Philosophy and later unsuccessfully pursued a City Council seat in Detroit (where, as if in some continued joke on his legacy, his name was misspelled on the ballot). All the while he continued working as a hard laborer with a penchant for grace. News of his African success didn’t reach Rodriguez until his daughter found the website “The Great Rodriguez Hunt” in 1997. In 1998, almost thirty years after Cold Fact flopped in the US, Rodriguez embarked on a sold out six-show tour of South Africa befitting his cult status there. Showered in South African praise and publicity (many thought his return was a stunt akin to posthumous Elvis sightings), Rodriguez was awarded a Platinum Record for Cold Fact’s South African sales. Since that first tour he has remained a celebrated figure in South Africa and returned for more than thirty performances.

Despite his sales in South Africa, it is unclear where the profits actually went. Rodriguez's Cold Fact was first released “officially” to the South African public by A&M in 1971 and reissued under the RPM moniker in 1974. These releases account for the record’s popularity in that country. When tracked down, representatives for A&M and RPM directed an interviewer to Sussex founder Clarence Avant (to whom they purportedly sent the requisite royalties). Avant’s artistic relationship with Rodriguez was indirect: the executive had signed Dennis Coffey, a session guitarist and artist in his own right, to Sussex in 1970. In Searching For Sugarman, upon questioning, Avant suspiciously dodges financial inquiries and instead praises Rodriguez’ artistic vision and story.

The recent documentary SearchingForSugarman (from which much of this article was gleaned), its accompanying soundtrack and domestic reissues of his albums (royalties of which will actually reach Rodriguez) will undoubtedly help the singer’s right to fame. He is currently touring the United States and the documentary is showing nationwide.