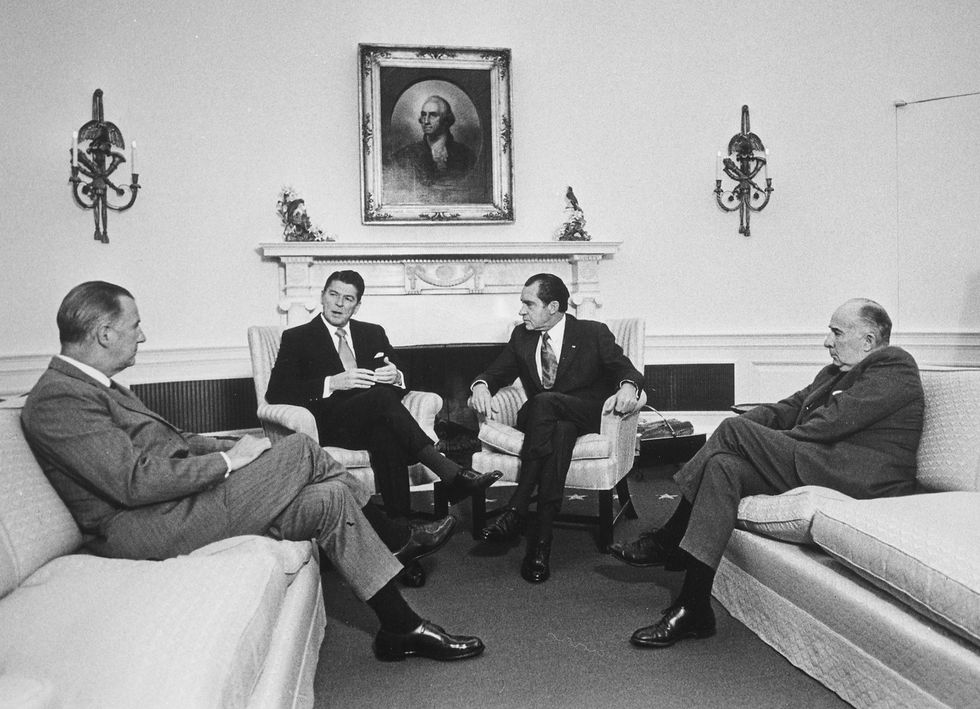 These unearthed tapes again confirm that the former U.S. President was racist.

The Atlantic has published newly released recordings of phone conversations between U.S. President Richard Nixon and then-California governor Ronald Reagan from 1971 that affirm their disdain for black people.

Tim Naftali is the clinical associate professor of history at New York University who unearthed the tapes. Naftali was also the former director of the Nixon Presidential Library, the institution that holds the tapes, from 2007 to 2011.

The racist exchange explained below was removed when it was initially released in 2000 by the National Archives due to Reagan still being alive at the time. Naftali requested in a court order for the conversations involving Reagan to be revisited in 2004. Two weeks ago, the National Archives released the complete versions online.

The audio reveals Reagan making a racist comment regarding African delegates at the United Nations who voted to recognize China and expel Taiwan, which in turn went against the wishes of the U.S. Members of the Tanzanian delegation were dancing after the vote in celebration inside the General Assembly, BBC Africasummarizes.

Reagan rehashed his disdain to Nixon, asking him if he caught the vote on TV, saying:

"To see those—those monkeys from those African countries—damn them, they're still uncomfortable wearing shoes."

Responding with laughter, Nixon then retells their exchange in another conversation, saying: "He saw these...these cannibals on television last night, and he says, 'Christ, they weren't even wearing shoes and here the United States is going to submit its fate to that,' and so forth and so on."

Naftali also adds that this same recording reveals new insights into Reagan's support of the apartheid states of Rhodesia (Zimbabwe) and South Africa in the late 70s.

Read more about these findings and listen to the clip here.