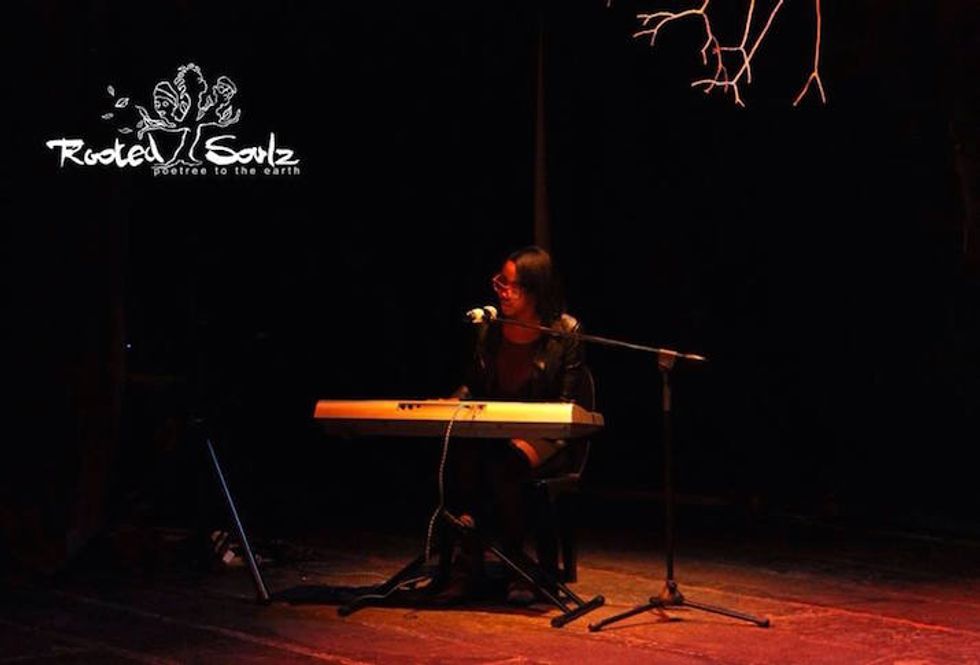 Swaziland's most prominent poetry collective Rooted Soulz speak about the rise of poetry in the tiny kingdom.

Swazi poet and visionary Themba Mavuso speaks with a humble, unrehearsed tone. He looks nothing like a poet – his hair is neatly combed and he spots a corporate office-ready white shirt and black chinos. Adding street to his attire is a pair of black Chucks.

Themba, along with Lusolotja Ginindza and Sicelo Shabalala, is a founding member of Swaziland's prominent poetry movement, Rooted Soulz. The collective has helped unearth prominent poets such as Qibho Intalektual and The Last Man, among others. They've also showcased their roaster at one of Swaziland's biggest arts festivals, Bushfire.

According to Mavuso, perhaps with the exception of typically elder praise poets (timbongi), “The poetry genre in Swaziland was previously non-existent prior to the birth of Rooted Soulz." The group's poetry sessions started out in a venue in the Swazi capital, Mbabane, where they were held until their audience became too big for the space and relocated to the Swazi Theatre.

Since then, poetry in the tiny kingdom has seen a substantial rise with the prominence of Rooted Soulz affiliates. Vernacular poet The Last Man, who regularly showcases his work at Rooted Soulz poetry sessions, released an anthology, Akangacitfwa Lamanti, a few months back. The book is packed with intricate Swati wordplay, and has been hailed as a work of pride to Swazis who value their language and believe in its poetic sensibilities.

Poet and emcee Qibho Intalektual, another Rooted Soulz affiliate and a regular at the movement's sessions, is making the genre “cool" and accessible. His emotional and socially conscious rhymes have found a comfortable medium in music. Reciting and rapping over acoustic guitar riffs courtesy of his music partner, Sands, the emcee has had massive hit singles ranging from his boom-bap street classic “Infinite, Eternal and Forever," the radio-friendly “Imilayeto" and now, arguably his biggest song to date, “Jika." The duo [Qibho and Sands] released a four-track EP, Kingdom Stories, towards the end of 2015.

But of course the art form still has much growing and developing to do. Says Themba, “Poetry in Swaziland still has a long way to go, it's not yet in that positon where, say, in South Africa Afurakan does that jingle for Channel O." The Last Man agrees there are challenges in the industry, but he feels optimistic about the future. “The challenge of being a poet in Swaziland is that the industry is not yet an economical force," he says. “It doesn't mean that the potential is not there but maybe the exploration and exploitation hasn't been to that level yet."

According to Themba, though, the response to Rooted Soulz in places like schools has been encouraging. Poetry is etched in the Swazi tribe's blueprint. From the kings' and queens' praise songs to traditional dance songs to the way the kings' and chiefs' messengers deliver their messages to the people, the word is a big part of Swazi life. “Swazis are highly poetic, so you'd expect that they wouldn't be appreciative of the poetry we do," he says.