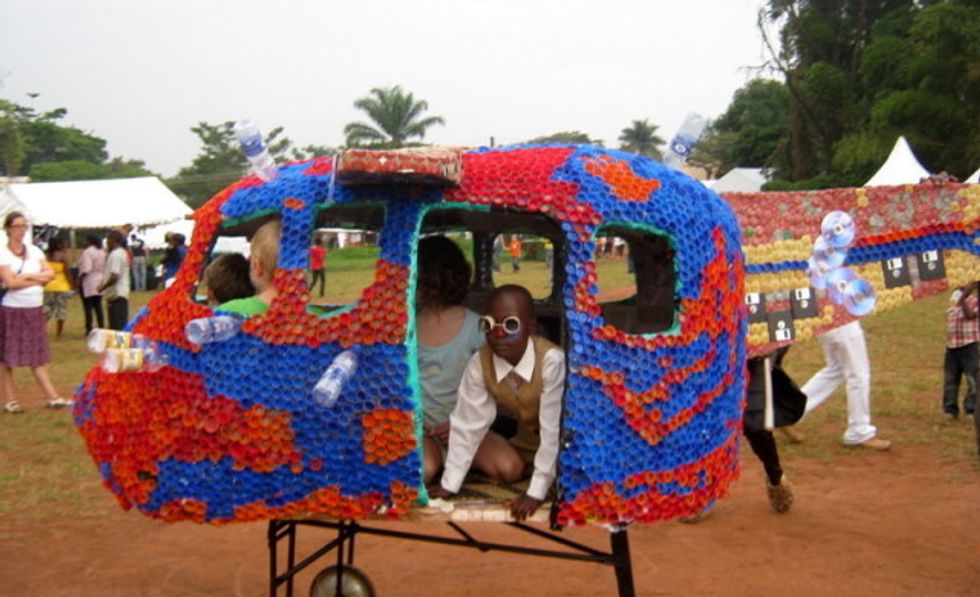 Ugandan eco-artist and teacher Ruganzu Bruno Tusingwiremakes special creations out of plastic bottles for children in northern Uganda. Being the first recipient of Ted's City 2.0 award at the TedxSummit in Qatar, he received an award of 10,000 dollars to fund his idea of creating an amusement park out of recycled water bottles in Northern Uganda, where children have been victimized by the infamous Joseph Kony, and "nodding disease." This park would give those children well-deserved pure fun. In addition to winning the City 2.0 award, in 2011 his project also received the Young Achievers award from the department of Art & Design at Kyambogo University in Uganda.

Having graduated from university, many people expected Tusingwire to get involved in a "white-collar job" instead of wandering through garbage bins for recycled treasures. Tusingwire says: “Art is unifying... We can use what is around us to create treasure, employment opportunities, and make the environment better. There is a wonderful world of possibilities before us.” He's now working to expand the amusement park from a single plane-shaped sculpture made of recycled plastic bottles into a permanent park.