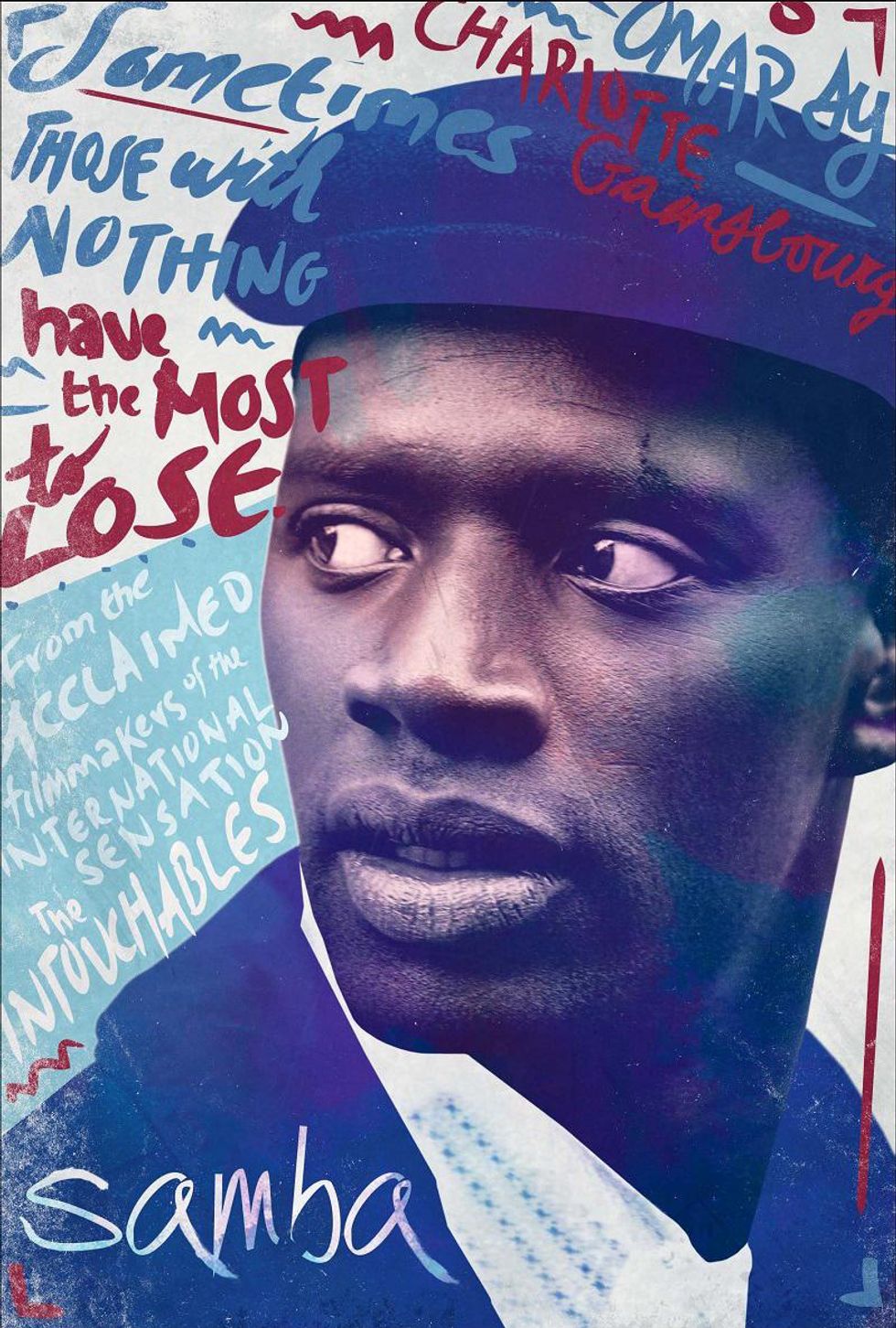 Samba is a French comedy-drama that tells the story of an undocumented Senegalese immigrant threatened with deportation after living and working in Paris for a decade. The film, directed by French creative duo Olivier Nakache and Eric Toledano, stars César Award-winning actor Omar Sy as the eponymous Samba Cissé. The French actor of Mauritanian and Senegalese origin had previously worked with Nakache and Toledano on their 2011 drama The Intouchables.

As Samba, an aspiring chef, tries to achieve resident status with the help of a well-intentioned immigration social worker played by Charlotte Gainsbourg, the film chronicles the harrowing experiences often faced by undocumented migrant workers as they try to evade capture. Sy, who has lived in France his entire life, recently addressed the psychological toll such an existence has on those trying to survive abroad without papers. “I was born and raised in France, and there’s a big difference between that and coming later as an immigrant," Sy said. "You have to learn the language, you have to learn the rules. It’s simple: Either you’re legal or you’re not. To be not legal is a big issue if you’re trying to live decently. To me, born and raised in France, walking on the street is normal. Your head is up, you’re free. You can go wherever you want. But for a guy like Samba, just crossing the street is a nightmare that maybe ends with him being sent back to Senegal.”

Watch the trailer and a short preview clip from the film below. Samba opens in New York City and Los Angeles on Friday, July 24th.