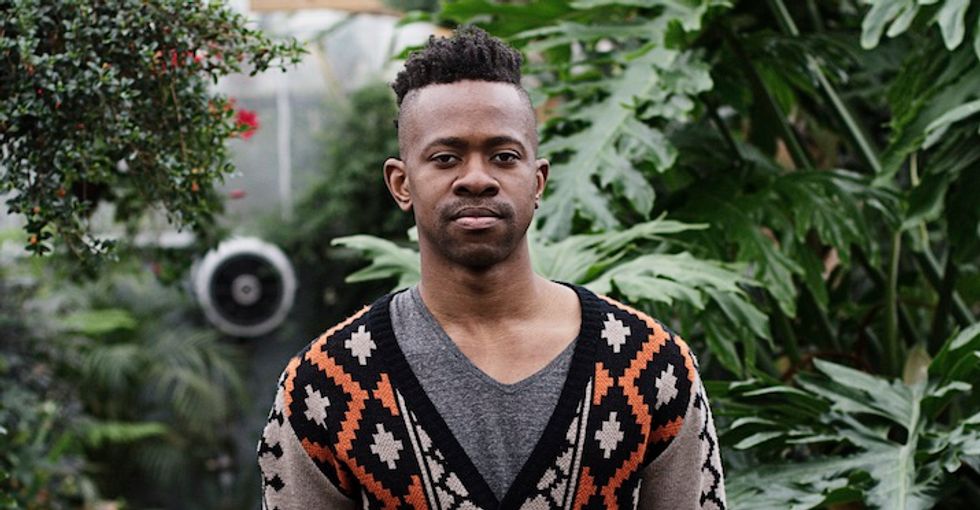 Montreal-based, Mozambican singer-songwriter and producer Samito is on a mission to "bring groove into a new age, an age where new afro aesthetics drive the music" with his debut album Xico-xico. Samito grew up in Maputo and Cape Town, where he was heavily influenced by the South African-bred shangaan disco style. He recently produced six tracks on Congolese-Canadian singer Pierre Kwenders' Juno Awards-nominated album Le Dernier Empereur Bantou, all of which showcase Samito's sonic blend of crisp electronic production and catchy lyrics sung in French, English and Portuguese. With his lead track "Tiku La Hina," Samito pairs swift, tempo-shifting beatwork with sliced-up vocal samples. Listen to Samito's "Tiku La Hina" and check out our interview with the budding singer-songwriter-producer below.

Okayafrica: How would you describe your sound and how does it incorporate your Mozambican origins and time in Cape Town?

Samito: I see my sound as a bridge between music that “I am” and music that “I like.” Growing up in the port city of Maputo I saw all sorts of people come and go. That inspired me to leave in search of a sound and when I landed in Cape Town indie acts like mood phase 5ive, Godessa, Tumi and The Volume, Skwatta Kamp and fellow Mozambicans 340 ml were at the top of South Africa's music game. So, Cape Town was a perfect trampoline to Montreal.

OKA: Who are your main musical influences?

OKA: Tell us about about the background of "Tiku La Hina."

Samito: I recorded the main vocal sample and it was originally going to be on a collaborative album with producer Ivan Duran but it didn't and when I picked it up Skrillex's track "Summit (Feat. Eli Goulding)" was in my ear. So I put it through Ableton, sliced it to a MIDI track, re-pitched it and built a whole new track. The women singers have a unique vocal sound associated with Tufo music and dance from northern Mozambique.

OKA: You've worked with fellow Montreal-resident Pierre Kwenders, do you find Montreal and Quebec have a growing afro-electronic scene?

Samito: Definitely. What has been great is that both main and non-mainstream local media have embraced the new afro aesthetics. And having traditionally been the breeding ground for independent music, Montreal seems to be adopting this new afro-electronic sound.