Sampha’s 'Process' Film Is a Sweeping Journey Back Home, In Search of Self 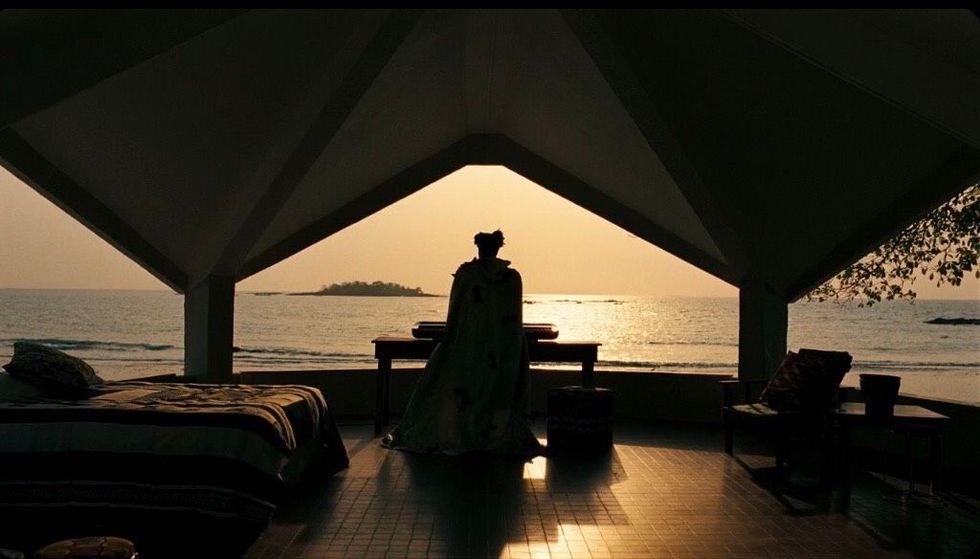 Sampha's 'Process is a stunning journey into his familial roots, the magic of Sierra Leone and the mystery of feminine energy.

Home is as precious as it is impossible to pinpoint. When someone asks where home is, it's difficult to give a direct answer. Home is more than here or there: it surpasses where one comes from and where they've been.

Home is memories, meals and discovery. Home is somewhere continuously lost and found. It's a pair of jeans you outgrow but can't bear to let go of; instead, it takes shelter in your closet, becoming a relic, the shed skin of your former self.

Home is your mother’s hug: her heartbeat pattering against her breasts and vibrating into your ear, reminding you where you come from, where you belong. “My mother was my first country, the first place I ever lived.” Nayyirah Waheed.

In Process, Sampha’s debut album, he gives us only a snippet of his home, but takes us on an exclusive tour of his heart and sublime mind. In the film version of Process, we walk into the land where Sampha’s roots begin. It's a stunning journey into his familial history, the magic of Africa and the mystery of feminine energy.

Sampha’s home is called Sierra Leone. It’s women carrying giant baskets on their heads, poised and pristine, never losing balance. It's lovers playing in nature and living in earth toned houses. It's surfers harmonizing with rushing waters, submitting to the rhythm of the waves. It's hips gyrating to ecstatic drums in dim night clubs. It's women happily braiding hair, it's brown skin so deep God must've painted it with the earth's blood.

Directed by Kahlil Joseph, the Process film is a love letter to Sampha’s mother Binty, who passed away in 2015, as well as an enchanting illustration of Salone beauty, imagined through Sampha’s eyes. Here, dancers are united through their movements, as the erratic instrumentals dictate their every step; they are under a musical spell and experience an abrupt awakening, soundtracked by “Reverse Faults.” Wide shots of nature remind us of how vast and glorious the world is, and how privileged we are to inhabit it, thus foolish for abusing it.

An ethereal, dark skinned female entity presides in nature, cocooned in a glowing vessel shrouded in leaves. She manifests herself throughout the film, growing more prominent from song to song, finally taking full form in “Under,” an infectiously sexy and spectral tune about the sensuality of women.

We skip across London sometimes, especially in “Kora Sings” and “Timmy’s Prayer”, as Sampha walks alone in an alley or chills at a public pool. These moments of soul searching only lead us back to Sierra Leone. “You can always, you can always come home,” he sings.

All the while, we catch fleeting moments with Sampha: singing and playing the piano alone in nature, in a bus station, in a dark alley and a shadow filled classroom. His voice, however, travels throughout the film, sometimes without any musical accompaniment. As his vocals float over landscapes and past Sierra Leoneans living their best lives, we experience the variety of textures his voice possesses. It's mesmerizing.

At the core of the film is a narration by an elderly woman, who speaks of her late husband, a man she loved like no other. “I don't want another man again,” she declares. In that same moment, she expresses her love for her grandson, who we learn is Sampha, our sentimental songbird.

Sampha’s home comes full circle: not only within Sierra Leone, but in the affection of family, the wonder of history repeating itself and notable relatives reincarnating into future offspring, reminding us that true love doesn't disappear. Returning home can be as simple as a plane ticket, a look in the mirror, a knock on the door.