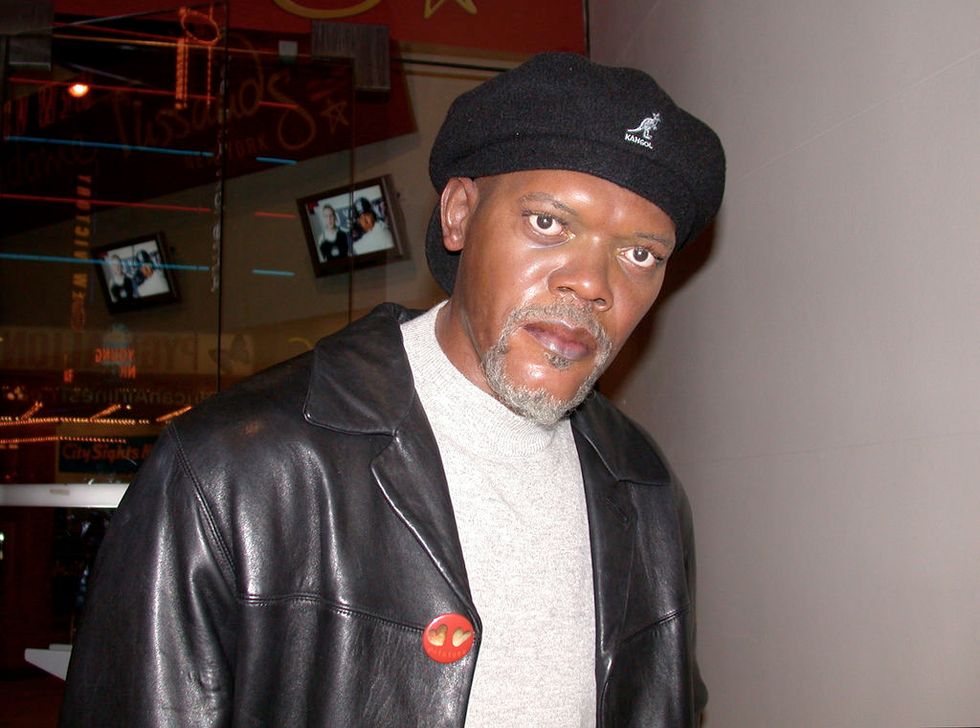 Samuel L. Jackson’s recent statement about Black British actors taking roles from African Americans is neither right nor wrong. It’s just too complicated an issue to be wrapped up in a neat binary.

Either answer is just too solid a statement when the problems with race are an unceasing flow of molten lava.

His remarks on Ebro’s show on HOT 97 were not premeditated. It came in the last third of an interview that was relaxed and conversational, and not one of regimented rigour, as is the nature of the show.

Jackson brought up the film Get Out, but when he hesitated to say something next, his hosts encouraged him. He succumbed and says he wonders what type of movie it would have been like if Daniel Kaluuyawas African-American.

It’s a valid question, sure, but just how much of an African-American’s real life experiences would have transpired on the screen and show up where Kaluuya is lacking is hard to say. Jackson himself couldn’t have known when he made his remarks because, as he admitted, he had yet to see Get Out.

Another interviewer other than Ebro might have pressed Jackson for clarity on precisely how the films with Black British actors—David Oyelowo’s portrayal of Dr. King in Selma for instance—would have been different if played by an African-American.

Would an American actor’s intensity ring truer than Oyelowo’s? Or would his southern drawl be even more so? What exactly is the criteria for playing African-American characters that Oyelowo, Kaluuya and others lack?

His two reasons for why Black Brits are chosen over Black Americans, told half in jest, are that they’re cheaper and that “they think they’re better trained than we are because they’re classically trained”.

Leave aside his shifting points of view, if at first the comments were all Jackson’s own opinion, the second about superior training is conjecture. Jackson doesn’t say if any particular Black British actor has specifically said this to him, or if one or many carry an air of superiority.

Here is the thing that Jackson may not have known or rather forgot to mention: Daniel Kaluuya never trained as an actor, and surely isn’t “classically trained” as Jackson posited, though he was also referring to the majority of Black British actors working in the U.S. But, still, no one with a working brain, who has seen Kaluuya on stage would find fault in his acting abilities.

In May last year, I saw him in yet another revival of Joe Penhall's Blue/Orange at London’s Young Vic. The play has been presented an a goliath-battle to investigate Britain's National Health Service, but it’s actual conceit is rather daft and deeply insulting.

It is essentially a debate between two white doctors on whether or not there’s such a thing as “black psychosis” as different from any other psychosis that might afflict someone from the many other races in the world. Kaluuya character’s fate—whether or not he’ll be set free or sectioned indefinitely—rested in the hands of his white doctors.

It sounds like intriguing drama and the dialogue sings, but the spirit behind the premise is beyond foul. The intellectual heft of the debate and the power over life is all in the hands of the white doctors. Kaluuya, in what to me was a superb realisation of mental fragility, was in some scenes too well the very picture of helplessness and lacking any real agency as a human being —even in his mental imbalance. I don’t know a single black playwright who would cast a black man in such an unredeeming light.

I don’t know a single black playwright who would cast a black man in such an unredeeming light.
The first time I saw Kaluuya on stage was at the same theatre, Young Vic, in its production of Aime Cesaire's A Season In The Congo alongside Chiwetel Ejiofor who was the star draw. The many who saw that production will tell you they may have gone in to see Ejiofor—who was excellent—but they also left with a bold impression, made by Kaluuya, who must have been either 23 or 24, but on stage was every bit the imposing figure that Mobotu was.

Jackson could not have seen Kaluuya on stage or know of his not being “classically trained,” as either of these facts would have greatly weakened his point.

Another narrative thread here is that the role of Christopher in Blue/Orange was first played by Chiwetel Ejiofor in 2000. This might have been Kaluuya following in another Black British actor’s footsteps, one who has gone on to a successful career in Hollywood, as well as being Oscar nominated for 12 Years A Slave, which won Best Picture in 2014.

Many a young Black British actor looking at Ejiofor’s trajectory will aspire to it and think nothing of sentiments held by African Americans like Jackson. Not because Jackson is wrong, but because a trajectory like Ejiofor’s and Kaluuya’ is simply different from that of a “Black British Invasion,” which Jackson has challenged. This is where forcing the debate into two factions only exacerbates the problem as it insists on a finality of opinion that isn’t available to it.

Kobna Holdbrook-Smith is the vice chair of "Act For Change," an organization whose stated aim is to “strengthen diversity in the live and recorded arts” in Britain. Holdbrook-Smith does not think Jackson is wrong, but believes that his comments “overlook a trend and they also overlook the basic idea of acting.” He cites Meryl Streep’s turn as Margaret Thatcher in The Iron Lady and Forest Whitaker’s portrayal of Idi Amin, the ex Ugandan president, in The Last King of Scotland—both of whom won an Oscar for Best Actor.

Holdbrook-Smith believes that Jackson, “has a point but his point can easily be taken with a pinch of negative salt. That means it’s got the potential to be harmful, but he still has a point”.

Holdbrook-Smith is a graduate of Guildford School of Acting and whose recent film credits include Doctor Strange (2016) and is currently filming Mary Poppins Return. Of his many theatre roles he’s played Laertes alongside Benedict Cumberbatch in the Barbican’s production of Shakespeare's Hamlet and is no stranger to being cast in a role that wasn’t written for a Black actor of Ghanaian descent. To him, “acting is acting and people can come up by training or they can come up organically, so to speak. As long as I believe them, it doesn’t matter.”

To the question on whether or not there is a real difference between the Black British and Black American experience, his answer is, “there must be." A contributing factor may be the different styles of acting that some of these Black British actors possess that happen to be popular in the U.S., and so, makes casting directors think they’re better trained, but he doesn’t believe that the actors themselves believe that.

To him, it is less about what Jackson has said and the many reactions to it, “the comments on the comments is where we really start to get divisive.” The real problem Holdbrook-Smith says is “the way black actors around the globe are being commodified and understood as being narrower than humanity should allow.”