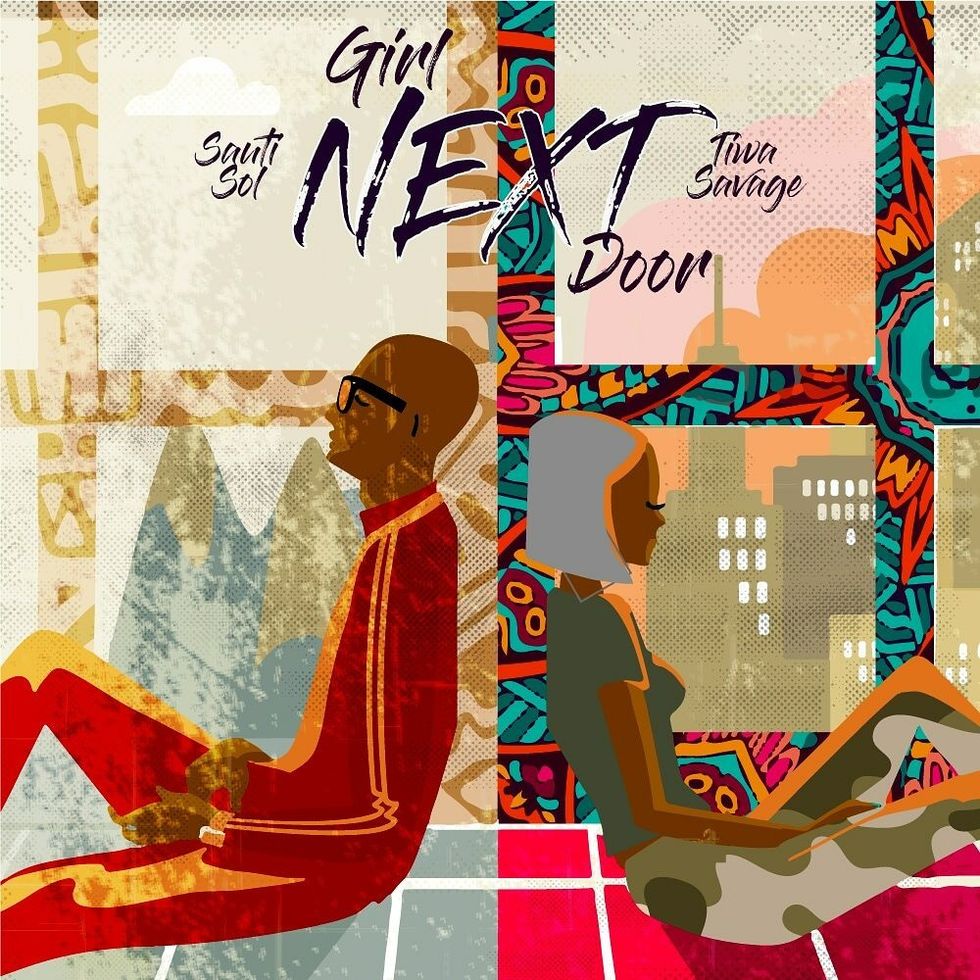 Following the massive success of their hit song "Melanin,"Sauti Sol announced that Mavin's First Lady Tiwa Savage was going to be the artist featured on their next single. The news of a collaboration between these powerhouses quickly stirred up fans from the East and West of the continent.

"Girl Next Door" is finally here and we can confirm that it's definitely the kind of song you need to ease into the new year right now.

Produced by Maleek Berry, the song has a slow-paced reggae feel to it. Tiwa doesn't shy away from singing some Swahili lyrics while the boys belt out some brilliantly written lines that make you want to sing along.

The music video was shot and directed by Unlimited LA. It features laid-back individual shots of the Sauti Sol boys as well as scenes of Tiwa daydreaming about her love interest while styled up in a camo jumpsuit. Just as the song reaches its climax, they all link up for a vibrant party scene.

The Kenyan afro-pop band are set to rock the continent with their forthcoming album, Afrikan Sauce, which will bring voices from different corners of the continent together. They plan on releasing a song with a different African artist every month until its release later this year.

The anticipation for the album continues to grow but for now we're going to give "Girl Next Door" another listen.

Check out the video below: