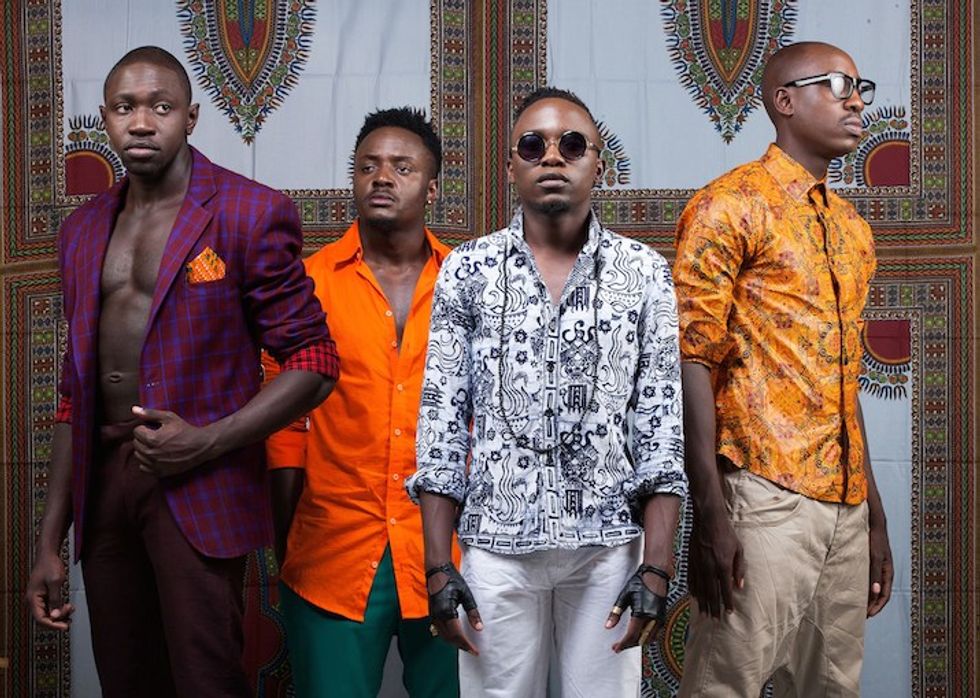 When we last heard from Kenya's Sauti Sol, the afropop quartet had abandoned all inhibitions for their sensual "Nishike" video. Despite coming under fire for the visuals, which were perceived to have crossed some arbitrary moral line, the crooners continue to champion creative freedom of expression in the euphoric video for their latest banger "Sura Yako" (Swahili for "your face"). Taking the format of an instructional dance video, each member of the band showcases their smooth moves alongside Nairobi's Sarakasi Dancers who helped them create the Lipala dance featured in the clip. Learn how to Lipala in the video for "Sura Yako," then watch Sauti Sol expertly address the controversy surrounding 'Nishike" in an interview on Kenya's K24TV  below. Stay tuned for more news about Sauti Sol's forthcoming album Live and Die in Afrika.

Update 9/15: The boys from Sauti Sol have just dropped the official visuals to "Sura Yako." The joyful clip portrays a traditional Kenyan pre-wedding ceremony and was directed by frequent Sauti Sol collaborator Enos Olik. Watch the official video for the catchy single below.