Sauti Sol's 'Rewind' Is The Big Kenyan Collaboration We Needed 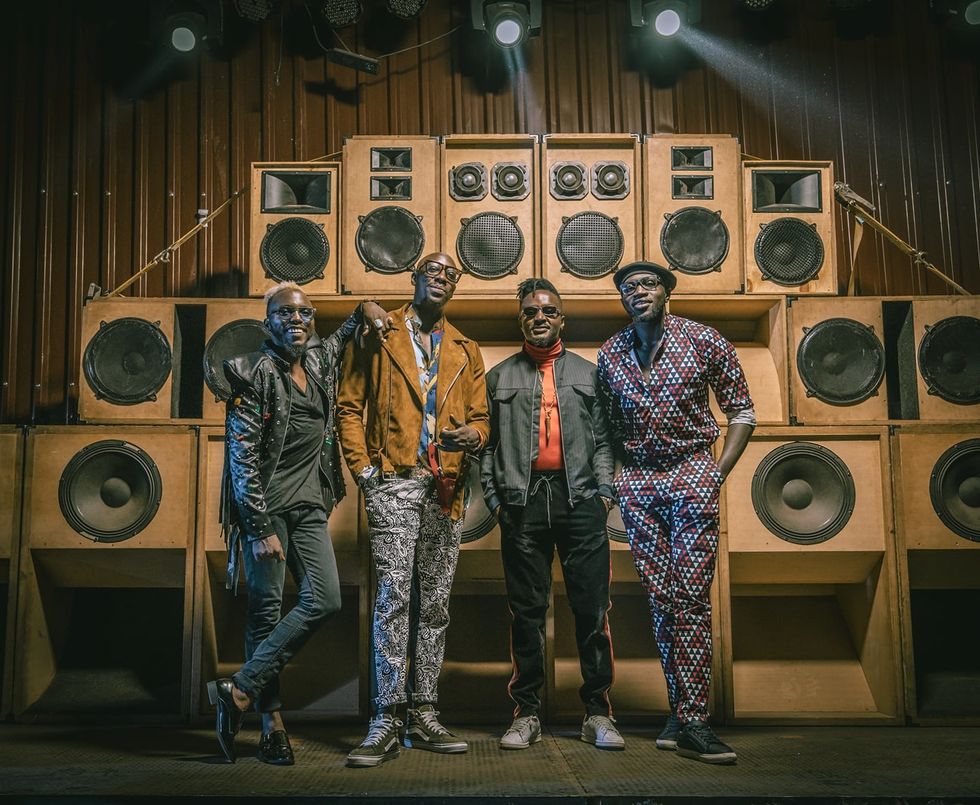 Sauti Sol link up with Kenyan rapper Khaligraph Jones for new single "Rewind," a song that reminisces on how far they have come.

This month's release is an all-Kenyan affair with rapper Khaligraph Jones joining up with the boys for "Rewind," a song that reminisces on how far they have come.

The music video, which was directed by Sesan, features a lot of old photographs and videos from the band, and let's just say the glo up has been real.

For fans that have followed Sauti Sol's career from the start, "Rewind" is nostalgic, and highly inspirational. It's the big Kenyan collaboration we've needed for a long time.

We should expect some more East African excellence soon as the band has announced that its next two singles feature artists from the region.

The Sauti Sol boys have come a long way but this is only the beginning of their global takeover. And if you don't mind, we'll be rewinding this song a few more times.