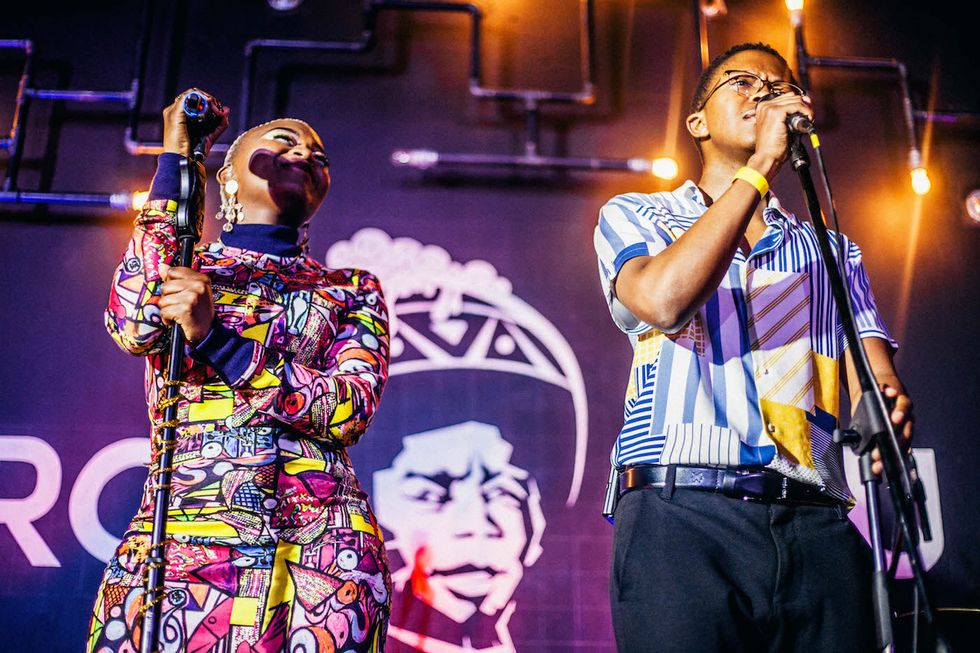 Seba Kaapstad release a new single to their upcoming album.

Zoë Modiga and Ndumiso Manana croon about the oxymoron that is life in Seba Kaapstad's latest single "Don't." The song is the crew's third single from their upcoming album Thina, which will be their first release under Mello Music Group.

Just as we've grown to expect from the versatile band, "Don't" meshes jazz, electronic music and soul, among other influences. The rich music on "Don't" leads with keys, which is a perfect backdrop for the group's vocalists to lament the beautiful struggle that is life with a refreshing optimism. As Manana sings in his verse:

The song is the crew's third single from their upcoming album Thina, which will be their first release under Mello Music Group. A few months ago, they released the song "Breathe" to announce their signing to the US indie label. The jovial "Africa" followed.

From the aforementioned songs we've heard so far, it's clear Thina will be a gem, and will push South Africa's jazz scene forward, as the crew seems boundless in their approach to music.

Watch the music video for "Don't" below, and/or pre-order/pre-save Thina underneath.