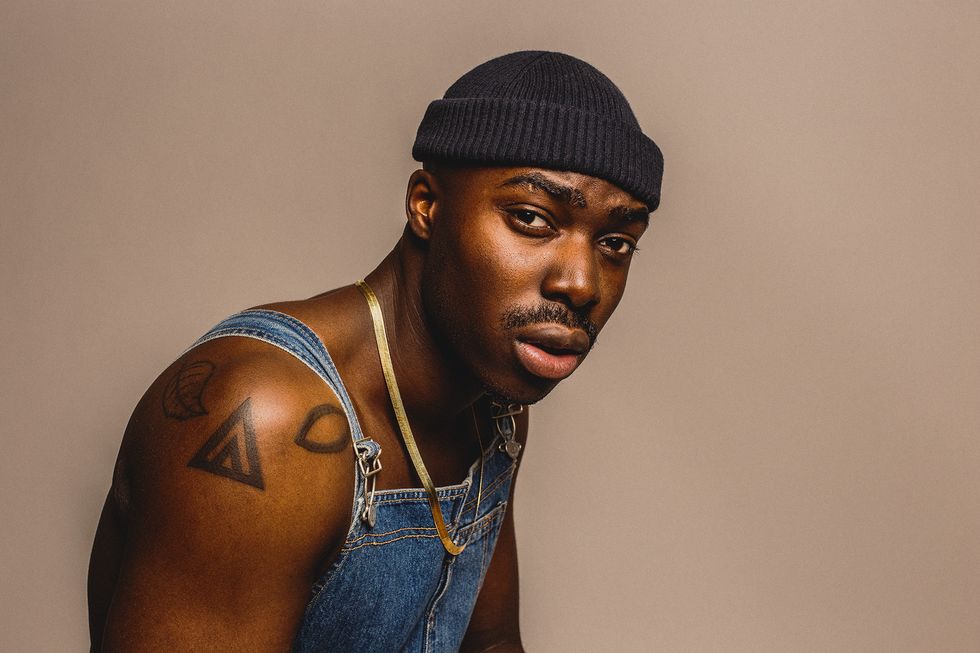 An epic and stunning excursion into sin & forgiveness from the buzzing rapper.

Serious Klein is a Ghanaian-born self-described "art rapper" coming out of the German underground who's been making waves with his infectious blend of hip-hop, jazz and soul.

The artist is now releasing the new visual for his single, "Voodoo Money," a dark, hard-hitting track built on an ominous piano line and an inventive flip of Rich Boy's "Throw Some D's." The song was produced by Rascal, who's worked with Chance the Rapper.

Today we're premiering the music video for the strack, which was created by Serious Klein and HUSH & HYPE. The visual is an epic and stunning excursion into sin, forgiveness, and the decisions men make for money, women and power.

"'Voodoo Money' is about someone who's in the process of slowly going in the wrong direction," Serious Klein tells OkayAfrica via e-mail. "It's written from the perspective of some of the people that surround me, people I grew up with, and their decisions. Stuff that really affected me."

"The visuals are something you have to watch twice to understand, starting with the intro, followed by the parts that portray me in a very different way, reckless and cruel at the same time. Portraying money, women and power. Me getting baptized and being shaved serves as symbolism of losing something (sin) and us (me and the baptist) looking to the sky, seeking for the light. (God)"

Watch our premiere of the "Voodoo Money" video below and grab the single here. If you're in LA, you can catch Serious Klein live this Friday.