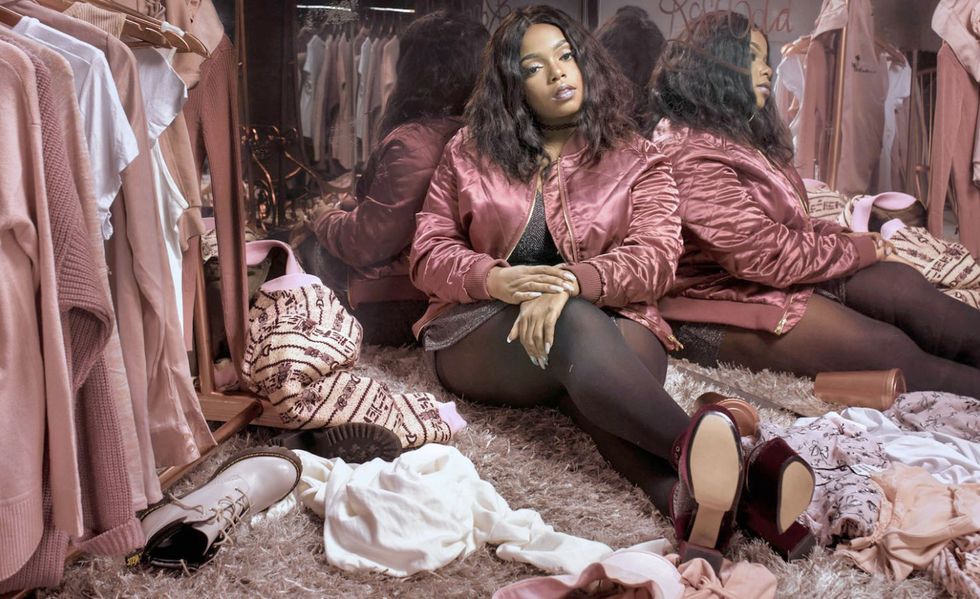 After excelling as a guest on massive hits from the likes of Black Coffee, DJ Sliqe, Sketchy Bongo, and a few more in the past two years, Durban singer Shekhinah released her first solo single "Suited" in August.

"Suited" hit a million views in no time, and Shekhinah decided to strike while the iron was still hot when she released her debut album Rose Gold last week Friday.

"It's very special," Shekhinah told us in our in-studio interview with her earlier this year. "I'm hoping it can be an R&B/pop album from Africa that actually stands out everywhere."

Well, it is a special album, and it'll probably stand out everywhere.

Shekhinah was under a lot of pressure to deliver, as her features and her single were all fire flame emojis.

Rose Gold proves that the artist, who also produces, wasn't lucky in her previous efforts. The 12-track album has no skippable songs and no wasted moments, just a display of pure genius.

Her voice is special, we've all made peace with that. But what makes Rose Gold even more special is Shekhinah's production choice. It's a combination of boom-bap, trap and electronic beats, all with sprinkles of soul, which isn't that common in South African afropop.

The album features only three guests, Asali, Mariechan (from the group Jamali) and rising rapper Rogue. If you're going to skip any song, it shouldn't be the duet with Mariechan, "Different."

Listen to Rose Gold below and download it here.

Revisit our in-studio interview with Shekhinah about Rose Gold from a few months ago, here.