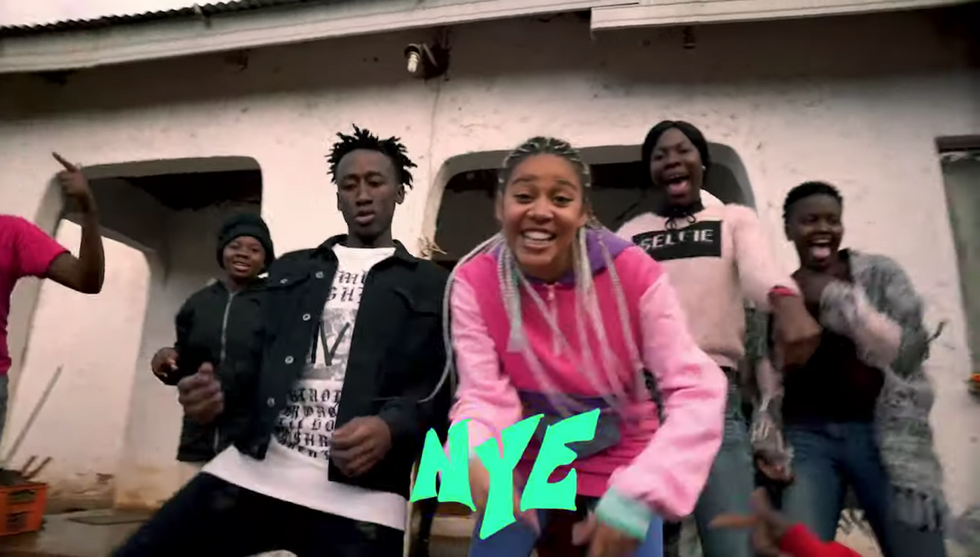 "Idhom," from Sho Madjozi's debut album, 2018's Limpopo Champions League just got the visual treatment. The song, which has gqom production just like most songs on LCL, is a dedication to the artist's ex-lover. She revealed the detail while accepting her award for Female Artist of the Year at the SAMAs (South African Music Awards) last weekend.

Right after thanking her engineer and producer, PH, the artist revealed she was going through a heartbreak when she was recording the album. "From my now-ex, who's probably regretting," she said. "Actually, there's a song on my album that I'd like to dedicate to him, it's track two on Limpopo Champions League, it's called 'Idhom,' and just to top it off, I think I will drop the music video for it at midnight today."

In the video for "Idhom," Sho Madjozi is clearly doing okay without her ex. She dances hysterically and carefreely with a group of young people in her village.

Sho Madjozi, who also walked away with The Best Newcomer award at the SAMAs, has officially arrived. In the last few years, she has managed to build a name for herself in the game without the backing of any label. Her debut album featured the likes of PH, Kwesta, Makwa, Makhadzi and Ycee, among others.

Watch the music video for "Idhom" below and stream Limpopo Champions League: