Listen to the Cheeky Natives' Interview with Siya Khumalo, Author of 'You Have to Be Gay to Know God' 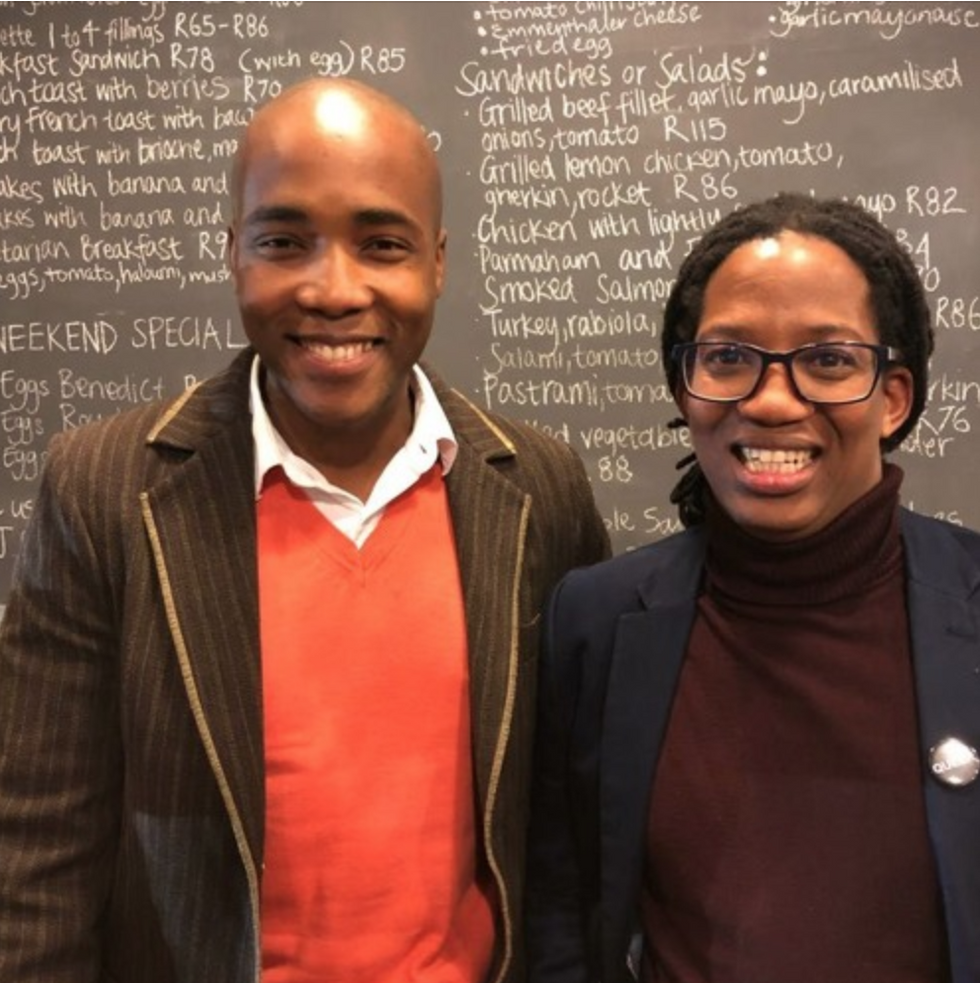 "John had an unreserved love for Jesus, and his critique on society is so penetrating, it's so refined, so subtle, and so multi layered."

South African author Siya Khumalo's latest book, titled You Have to Be Gay to Know God, came out in April this year. The author recently sat down with Letlhogonolo Mokgoroane, one of the hosts of the literary podcast Cheeky Natives.

He discussed growing up gay, navigating Christianity while gay, among lots of other interesting topics. Towards the end of the episode, the author tells the interview that he felt that John, one of the authors of the Gospels in the Bible, was highly likely a gay man.

"When I first read John," he says, "other than the feeling that there was something divinely inspired about the text I'm reading, I felt like I was reading a gay man."

He explained his stance as follows:

"The reason I'm saying it feels like you reading a gay man, we are culturally conditioned that if a man deeply loves another man, he must be gay. That's just the label we slap on it. So I'm reading John, John had an unreserved love for Jesus, and his critique on society is so penetrating, it's so refined, so subtle, and so multi layered. And when I'm reading this side, I'm thinking you must have been gay. There's no way you could see through the systems in which people live, with so much clarity, unless you were the most oppressed, and there's no way Jesus could have meant this much to you, unless you were that oppressed."

Siya also discusses growing up as an awkward child who couldn't play any sport. "You know when other kids, kind of like, are trying to pull you in towards the center, they are trying to make you part of the whole, but you're just such an odd shape, that's how it was for me," he says.

[Latest episode]: This episode features the scintillating @SKhumalo1987 who joins @Mr_Mokgoroane in conversation a… https://t.co/5PQbDmbDvw
— The Cheeky Natives (@The Cheeky Natives) 1537257427.0

He also talks about the first love he was sexually attracted to a boy, and what he makes of it now.

Listen to the episode below, and pick up a copy of You Have To Be Gay To Know Godhere, or bookstores nationwide if you are in South Africa.

Siya also touches on the time he spent in the military. He talks about the luxuries of being in the military and that him being gay was an open secret. "So if you are gay in the military, in my day, the policy was kind of like 'don't ask, don't tell, everybody knows.'"

Listen to the podcast below: