"Snow" Falls in Kenya and Everyone Loses Their Minds 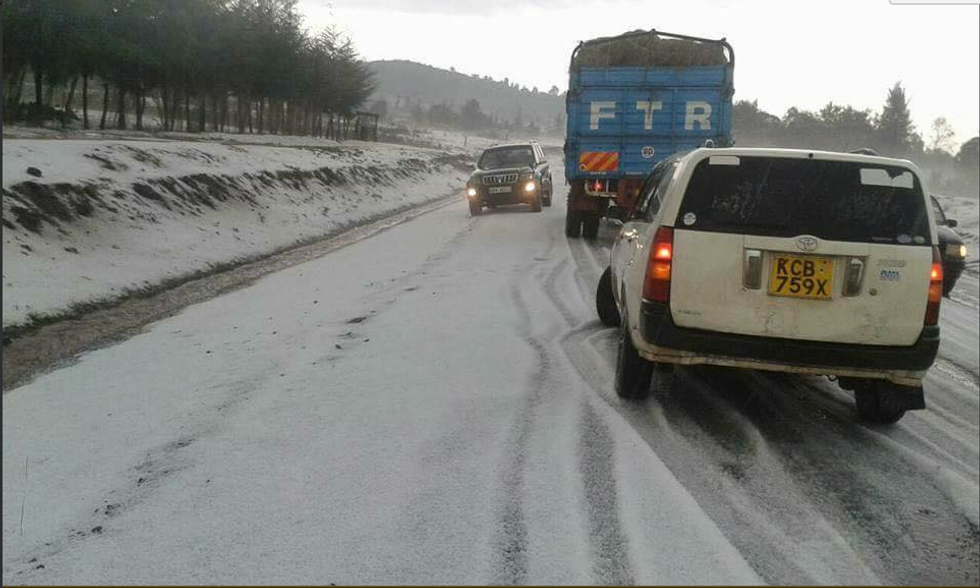 Here are some of the best reactions to #SnowInKenya.

KENYA — Much to their surprise residents of Nyahururu, Kenya, woke up to snow on Tuesday morning.

Many flocked to the streets, brandishing their cellphones to capture this odd occurrence, while others took to social media, to voice their disbelief.

However, the Kenyan Meterological Department was quick to point out that it wasn’t snow, but rather, a particularly aggressive hail storm.

Nonetheless, some of social media reactions to the strange weather were downright hilarious.

Check out some of our favorites below:

Snow in Kenya? Watch out for Baby boom next year. #HiiBaridi#Baridipic.twitter.com/kyZGA43Zzc

SEEN: "So now, what are we supposed to do with our @Nakumatt Smart Points? Redeem hot weather?" #SnowInKenya

Then you hear some1 syng I was in London pic.twitter.com/f3bl9lE4yn

My uncle just sent me this @realDonaldTrump and you still think climate change isn't real..#SnowInKenyapic.twitter.com/nBDpeWArfs