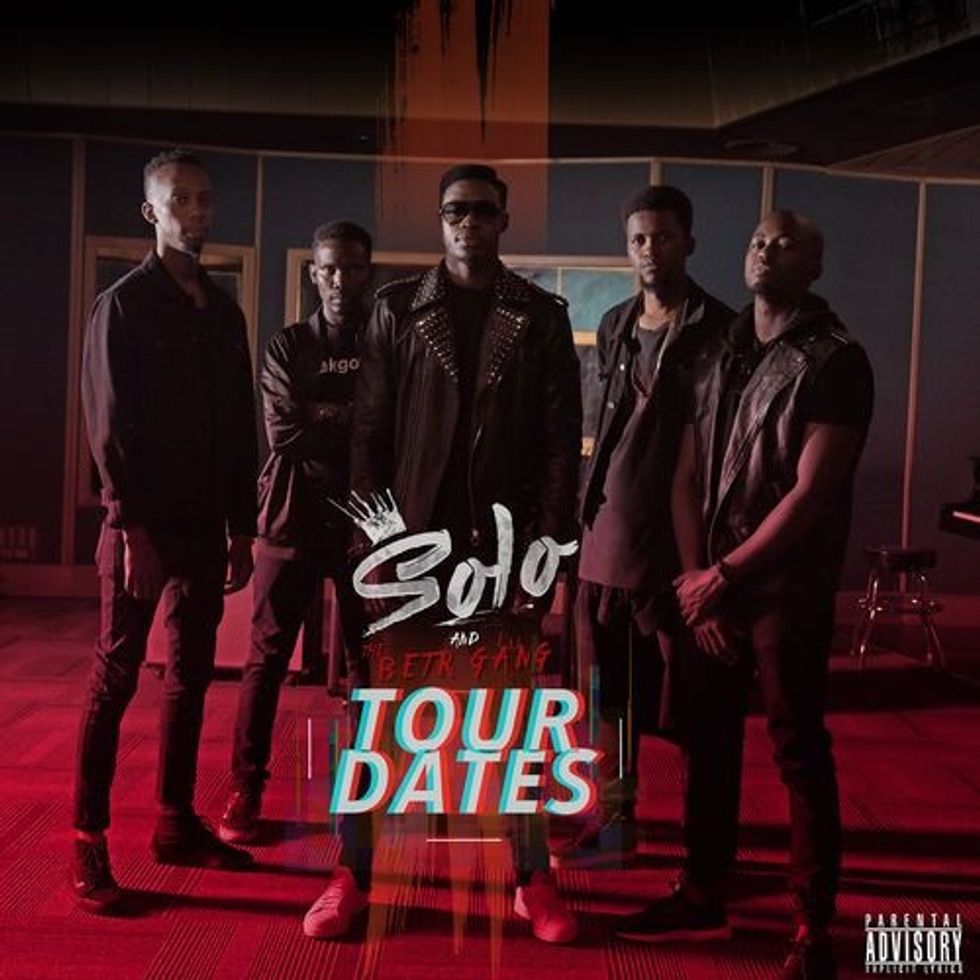 Solo And BETR GANG's new album makes them a hard act to follow.

South African rapper Solo plays the game a bit differently. While most of his counterparts gun for hit singles, he speaks the language of full projects.

Tour Dates, his latest offering, which is the first SA hip-hop release of 2018, is his third album. While .Dreams.A.Plenty (2014) and .Dreams.B.Plenty (2016) are part of an ongoing trilogy, Tour Dates is a collaborative effort with BETR GANG, a crew he is part of alongside producers and rappers Al da 3rd, Subrocc, Solid The Gifted, Th&o and Buks.

Every song on this concept album features a guest representing a city destination that Solo and BETR GANG would like to tour.

As much as every one of the 10 tracks is near perfect, the highlight of Tour Dates has to be "Top 5." On the song, Solo raps praises to the Soweto-born rapper Maggz, who he considers a G.O.A.T (many of us do, too tbh). Maggz then, on the third verse, proves Solo's point without even trying. That song deserves its own essay.

Give them their flowers while they can smell them. #Top5
— Solo (@ThisIsSoloSA) 8 January 2018

"Caffeine and other Drugs," the album's first single, highlights the brilliance of the East Rand, an area that is home to the likes of Kwesta, Priddy Ugly, Frank Casino and all three rappers featured on the song. Reason, Kid X and Moozlie each rap about their addictions over high-pitched synths and keys supported by pillars of prominent 808 snares.

"Ain't Ready (Limpopo)," which features the producer and rapper P.H. proves Solo can rap over different production styles, as the beat's rhythm is of a higher tempo, and has subtle EDM and kwaito influences.

Sonically, Tour Dates leans towards boom bap without sounding like it just teleported from the 90s. The production is layered with sporadic synths and 808s to give it a modern feel.

It's a great gift for the hip-hop fan who fiends for lyrics, but what sets it aside from similar releases is its musicality. It consists of listenable songs that, even though prioritize rapping, don't overlook the importance of great instrumentals and hooks that are catchy but not lazy and cheesy.

BETR GANG is up to something. Solo and Buks' collaborative album, 2015's We Need A Title is one of South African hip-hop's well-guarded secrets, and so are Al Da 3rd's Twenty Sixteens and Buks' Pegasus.

If this is your first time hearing about BETR GANG, you have a lot of catching up to do. Tour Dates is the perfect place to start.

Listen to Tour Dates below, and download it here.